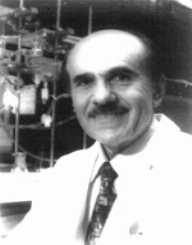 American pharmacologist Louis J Ignarro was born to Italian immigrants living in Long Beach on the 31 May 1941. He has one sibling, a brother Angelo.

After graduating from Long Beach High School, Ignarro was accepted into Columbia University in New York City where he studied chemistry and pharmacy. He applied to the University of Minnesota for admission into their pharmacology programme and began studying there in 1962. During his time there studying for his Ph.D., Ignarro focused researching how and why the nervous system releases norepinephrine.

Ignarro worked at the National Institutes of Health in the Laboratory of Chemical Pharmacology in the National Heart, Lung and Blood Institute under Elwood Titus. He also worked with scientists Bernard Brodie, Jim Gillette and Julius Axelrod.

In 1968 Ignarro was employed by Geigy Pharmaceuticals to head a biochemical and anti-inflammatory program. At the same time, he continued doing basic research in biochemical pharmacology.

Ignarro returned to the academic world in 1973 when he took up a position as Assistant Professor of Pharmacology at the Tulane University of Medicine in New Orleans. There he continued his research into cyclic GMP. In 1985 Ignarro moved to California and joined the University of California.

In 1998 Ignarro won the Nobel Prize in Medicine for his discovery on how nitric oxide benefits the body. (He shared the prize with Robert F. Furchgott and Ferid Murad). The same year the American Heart Association awarded him the Basic Research Prize, and Ignarro became a member of the National Academy of Sciences. In 1999 he became a member of the American Academy of Arts and Sciences.

Ignarro is a member of Herbalife’s Scientific Advisory Board and has worked with them in producing supplements for athletic performance as well as cardiovascular health.

Over the course of his career, Louis J Ignarro has won many awards including the Pharmaceutical Manufacturers Association Foundation Research Award (1973). The Arthritis Foundation Research Award (1975). The Tulane Medical School’s Outstanding Teacher Award (1983) as well as the University of California Los Angeles School of Medicine Outstanding Teacher Award (1986). The UCLA School of Medicine also presented Ignarro with the Award for Excellence in Education in 1993. He was awarded the Canadian Medal of Merit (2008), and the same year, the American Heart Association gave him their Distinguished Scientist award.

Louis J Ignarro married Sharon Elizabeth Williams, an anesthesiologist, in 1997. He has a daughter, Heather (b.1970), from an early marriage.