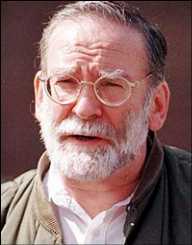 British medical doctor and serial killer Harold Shipman was born on the 14 January 1946 in Nottingham, England into a working-class family living on a council estate. His parents were Harold Shipman and Vera Brittan. He was one of three children, having two siblings: Clive and Pauline. His mother died of cancer when he was seventeen, and this inspired him to study medicine.

Harold Shipman completed his medical studies at the Leeds School of Medicine (1970).

After graduating Harold Shipman worked at the Pontefract General Infirmary in West Riding, Yorkshire. In 1974 he began working as a general practitioner at the Abraham Ormerod Medical Centre in Todmorden, West Yorkshire. During his time at the center in 1976, it was discovered that he was issuing fake prescriptions to obtain drugs and that he was addicted to pethidine. Shipman lost his job but was not struck off the medical register. Instead, he was given a fine and ordered to undergo drug rehabilitation.

In 1977 Shipman started practicing as a general practitioner at the Donneybrook Medical Centre in Hyde, in the Greater Manchester area of England. He went on to establish his successful practice in 1993.

Then in 1998, a local undertaker Deborah Massey of noticed that Shipman had a high number of deceased patients of a certain age. In early 1998 she made her concerns known to Dr. Reynolds of the Brooke Surgery in Hyde. Reynolds, in turn, reported the matter to the coroner of the South Manchester District.

When Harold Shipman’s elderly patient, Kathleen Grundy, died suddenly on the 24 June 1998, he was the sole beneficiary of her will. He was also the last person to have seen her alive. Grundy’s daughter, Angela Woodruff, became suspicious and demanded that her mother’s body is exhumed. Her suspicions were confirmed

Around this time, a Hyde taxi drive John Shaw got in touch with the police and told them that he had a theory that Shipman had murdered over twenty of his patients.

On the 7 September 1998 Harold Shipman was arrested. Trawling through his records, they discovered many false entries related to the death certificates of his victims. They also confiscated a typewriter upon which Shipman had used to forge the will of Grundy. It was then discovered how Shipman had issued death certificates. How he operated  was: injecting the patient with a lethal dose of morphine, falsifying medical records to show that they had been in poor health and issuing the death certificate indicating death by natural causes.

On the 5 October, 1999 Shipman was put on trial at Preston Crown Court for the murder of fifteen of his patients, including Kathleen Grundy. He was found guilty on the 31 January 2000 and sentenced to 15 life sentences for the crimes plus four years for forgery about Grundy’s will.

The official government inquiry reported that Harold Shipman had killed 215 of patients. They established that he had committed his first murder in 1975 and that his victims included men as well as the woman. The ages of his victims ranged from 47 to 93. The inquiry also found that his method of killing was usually by injecting a lethal dose of morphine.

The inquiry eventually produced six reports. Motives for his killings were not established, nor could the query find an explanation as to why Shipman managed to escape detection for so many years.

They reported that Shipman killed 215 patients. They felt that his final three victims could have been spared if his other victim's demise had been more thoroughly investigated. The feeling was that it had been left to less experienced officers to study. They also found that it was because he was issuing death certificates stating that the victims had died of natural causes that allowed him to evade coronial inquiries. The inquiry also called for the end of professionals being allowed to stockpile drugs and for more stringent controls regarding their use. The General Medical Council of the UK was criticised for protecting doctors at the expense of patients. They concluded that Shipman had killed over 250 of his patients, starting at the beginning of his medical career.

Harold Shipman was married to Primrose Oxtoby between 1966 and 2004. They had four children: Christopher, Sarah, Sam, and David. His wife remained with him throughout his arrest, trial and subsequent imprisonment.

Shipman hung himself in his prison cell on the 13 January 2004.

Harold Shipman was one of the most prolific killers in history. When the recommendations from the inquiry into Shipman’s killings were put into place in Britain, they became known as the Shipman Effect.