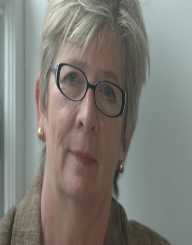 Barbara Ehrenreich was born on August 26, 1941, in Butte, Montana, USA. Her parents were Isabelle (Oxley) and Benjamin Howes Alexander. She also had two siblings: Benjamin Jr. and Diane.

As a young adult, Barbara Ehrenreich attended Reed College. Here, she studied several types of science, including physics and chemistry.

She later graduated from this school in 1963. After this, she enrolled in Rockefeller University. Here, Barbara Ehrenreich continued her studies in physics and also took up studying biology. She graduated from this school with a Ph.D. in 1968. It was also while in school that she married, taking on the surname Ehrenreich. She is now most well-known for having this last name.

After finishing school, Barbara Ehrenreich began working at the Bureau of the Budget and for the Health Policy Advisory Center. Here, she worked as an analyst. She also wrote for charities during this time to call attention to the health needs of the poor. While working here, she became pregnant and started to face workplace discrimination.

Barbara Ehrenreich noticed that other women were facing similar problems, even the women who were not pregnant. Sick of the sexism in the workplace, she left her job and started working with the women’s health movement. Soon after, she became a writer.

Her first writing piece was published in 1969 by the Monthly Review Press and was called Long March, Short Spring the Student Uprising at Home and Abroad. Throughout the 1970’s, Barbara Ehrenreich continued to write various non-fiction books: The American Health Empire: Power, Profits, and Politics; Witches, Midwives, and Nurses: A History of Women Healers; and Complaints and Disorders: The Sexual Politics of Sickness.

In 1983, she began to focus on writing again, publishing Women in the Global Factory. For much of the 1980’s through the 1990’s, Barbara Ehrenreich spent her time writing books. These books include the following: Re-Making Love: The Feminization of Sex; The Hearts of Men: American Dreams and the Flight from Commitment; For her Own Good: 150 Years of the Experts’ Advice to Women; Worst Years of Our Lives; Kipper’s Game; and The Snarling Citizen: Essays. It should be noted that all of these books, with the exception of Kipper’s Game, were also non-fiction.

In 1998, she began working at the University of California. She worked here until 2000.

Throughout the rest of the 2000’s, Barbara Ehrenreich continued to write books. These books, along with some of her other famous works from decades before are listed below.

Global Woman: Nannies, Maids, and Sex Workers in the New Economy
Blood Rites: Origins and History of the Passions of War
Nickel and Dimed: On (Not) Getting By in America
Bright-Sided
Dancing in the Streets: A History of Collective Joy
This Land is Their Land
Living with a Wild God

Throughout her long career, Barbara Ehrenreich has won several awards, mostly for her literature. Some of her most prestigious awards are listed below.