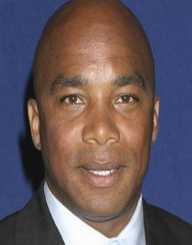 Orlando Hernandez' talent saw him playing in the Cuban National Series for the Industriales of Havana. His team won the title in both 1992 and 1996. He also played regularly as part of the Cuba National Baseball Team, and he won gold at the Olympics in 1992.

In September 1995, Hernandez’s half-brother, Livan, defected from Cuba. This caused a period of uncertainty for Hernandez. Hernandez lost his regular place in the national team, which meant he missed the 1996 Olympics. He was detained in 1996 and interrogated about an American sports agent he was friends with. Three months later, Hernandez was banned from Cuban baseball.

In December 1997, Orlando Hernandez defected from Cuba. He was with seven others, including another baseball player, when they were picked up by the U.S. Coast Guard and taken to a detention center. Usually, in such circumstances, illegal immigrants would be sent back to their country of origin. Thanks to the lobbying efforts of sports agent Joe Cubas, Hernandez and his partner, Bosch, and the other player, who also happened to be named Hernandez but was of no relation, were all offered a special status by Attorney General Janet Reno, which allowed them to stay.

Although appreciative, Hernandez turned down the offer, because if he had become a U.S. resident, he would not have been able to negotiate on his terms with several clubs, but he could only negotiate with a club that picked him. He accepted asylum in Costa Rica, and two months later entered the U.S. on a visa organized by the New York Yankees. Hernandez had negotiated a contract for $6.6 million over four years.

Orlando Hernandez started with the New York Yankees in 1998 and stayed with them until 2002, at which time they traded him to the Montreal Expos. The Yankees won the World Series title in 1998, 1999, and 2000. He missed the whole 2003 season with the Expos due to surgery on his rotator cuff.

In 2004, he returned to the Yankees for one year, and in 2005 he played for the Chicago White Sox. Hernandez was then traded to the Arizona Diamondbacks for the 2006 season.

In 2009, Hernandez went from the major league to the minor league, signing a deal with the Texas Rangers. They let him go at the end of that year, and he signed an agreement with the Washington Nationals for 2010. He officially retired on 18th August 2011 from Major League Baseball.

Among his many awards, Orlando Hernandez won eight gold medals. These were for the 1992 Olympics, three Baseball World Cup titles, two Intercontinental Cup titles, the Pan American Games, the Central America and Caribbean Games, and the Goodwill Games.

In 1989, Orlando Hernandez married Norma Elvira Manzo Ibanez, but they divorced in 1997. The couple had two children. His second marriage was in 2000 to Noris Bosch.