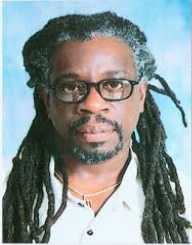 Mutulu Shakur was born on August 8, 1950. He is an American activist. He is a Black Liberation Army’s former member. He is currently serving a sixty years sentence following 1981 Brinks armored truck robbery which left three people dead including two police officers. He is renowned for being the stepfather to the famous late rapper Tupac Shakur. He is currently Sixty Eight years of age.

Mutulu Shakur was born Jeral Wayne Williams on August 8, 1950, in Baltimore, Maryland, United States. He is the stepfather to the late Tupac Shakur who was a rap artist. In 1957, he alongside his mother and sister went to Jamaica, Queens, New York City. He later joined the Revolutionary Action Movement which made him politically active. He after that became a member of the Republic of Afrika. In 1970, he worked at the Lincoln Detox Community Program which was a program helping drug addicts recover from their addiction.

In 1976, he was licensed and certified to be legit practice o acupuncture in the State of California. He was later made the Assistant Director of the Lincoln Detox Community Program, a post he held until 1978. He later became the founder and director of the Black Acupuncture Advisory Association of North America as well as the Harlem Institute of Acupuncture. He later founded Dare 2 Struggle which was a New-York based organization.

In 1981, Mutulu Shakur was one among the six members of the Black Liberation Army to rob the Brink’s armored car of $1.6 million in cash leaving three people dead including two New York City Police Officers. He alongside Marilyn Buck became Rocketeer Influenced and Corrupt Organizations Act’s inductees. In 1982, he became one of the FBI’s Ten Most Wanted Fugitives.

In 1986, he was arrested by the FBI in California. In 1987, he alongside Marilyn Buck faced trial charges. In 1988, they were convicted. In 2016, he was denied parole release. According to the United States Parole Commission, he will be eligible for another parole before 2018 ends. His sentence is scheduled for completion in 2024.

Mutulu Shakur has five children, four biological and one surviving stepchild. He is the Stepfather to the rap artist Tupac Shakur. He is currently Sixty eight years of age.