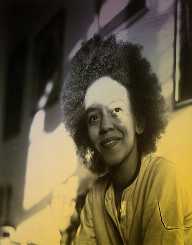 Nikki Giovanni is regarded as one of the most renowned poets in the American history. Nikki had a long career with numerous publications beginning from her first publication which was published by her only. It got published by the name of Black Feeling Black Talk in the year 1968 to her latest publication in the 2013 including Chasing Utopia: A Hybrid.

Nikki was born on 7th of June 1943 to Yolande Cornella Sr. and Jones “Gus” Giovanni in Knoxville, Tennessee. She is the younger of the two sisters and was brought up in a very closely knit family. The actual name of Nikki was Yolande Cornella Giovanni Junior but she got her name Nikki when Giovanni’s sister Gary began calling her “Nikki” in the year 1948.

Nikki was born in Knoxville but shortly after that, her family decided to move to Woodlawn, Ohio which was considered as a suburb of Cincinnati, then they again moved to Wyoming, Ohio. And, they finally moved to the black community of Lincoln Heights, Ohio. She used to live with her grandparents while attending her high school and later she got enrolled with the Fisk University in the year 1960. It was this university where her passion for writing grew which earlier began from editing the school magazine and various other committees. She received her honors degree of B.A. in History in the year 1967.

Nikki Giovanni grabbed her first piece of public attention while being an integral part of the Black Arts Movement which took place in the late 1960’s. Here she organized the Black Arts Festival in Cincinnati firmly conforming to the Civil Rights movement and the real concept of black power.

Nikki had a fascinating career with her first publication in the year 1968 which can be considered to be a response to the assassination of global figures such as Martin Luther King, Junior pressing towards the need of awareness of the rights of black people. It also pointed her incredible zest towards political and spiritual awareness.

Later in the year 1969, Nikki Giovanni took to teaching at Rutgers University. During the same time, she also gave birth to a son by the name of Thomas, which ultimately led to shifting her focus to some extent towards her family and also letting her poetry be recorded against the jazz backdrop. However, she didn’t let this affect her aim of providing exposure to the African Americans through her publishing company by the name of Niktom which was founded by Giovanni in the year 1970 focusing on the woman writers.

Besides the publishing company, she broadened her perspective and took to articulate the feeling of solidarity amongst the oppressed people all over the world. This also helped her to present herself an honest review of her own life through her various works which were also nominated for the National book award.

In addition to her other works in writings around 1970’s, Nikki Giovanni also took to the task of composing verses or children including some of her famous poems like Spin a Soft Black Song in the year 1971 and Ego Tripping and Other Poems for Young People in the year 1973. All these poems again focused on the history of the black people with the motive of finding suitable issues specifically for the black youth.

Throughout her writing period, Nikki Giovanni grew as a public speaker and started to get renowned for her work as a poet and children’s author and got awarded for the same numerous times.

Some of her honors included awards from the National Council of Negro Women and also the National Association of Radio and Television Announcers. Because of her outstanding work, she also got featured in the articles of various magazines such as Ebony, Harper’s Bazaar and Jet. She was also awarded with the NAACP Image award especially for literature for two years i.e. 1998 and 2000 along with another prestigious award for her distinguished contributions to arts and letters in 1996 i.e. the Langston Hughes award.

In 2008 as well, Nikki was commissioned by National Public Radio’s program along with an opportunity to pen down an inaugural speech for USA’s Ex-President Barack Obama.