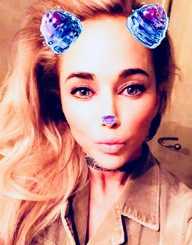 Christine Rowland is a model and a business magnate.

Rowland has been a model for several years. She is still modeling for projects and promotional advertisements. She is an Entrepreneur.

Christine Rowland has three sons – Hunter, Brandon, and Ashton. Rowland is rearing a dog, Harley, and a cat Tabu.  Rowland advices her sons to be kind and think of others before self.

Rowland has a liking for homemade dishes and a gymnast.