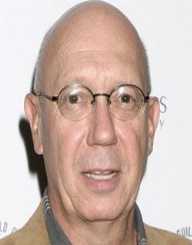 Dann Florek is an actor and film director. He is best remembered for his roles on the television series Law and Order aired between 1990 and 1995. Also, Florek made a little appearance in the movies Hard Rains and The Flintstones.

Dann Florek was born on 1st May 1950, in Michigan. His biological parents were Leonard Florek and Darlene Florek.  He later enrolled Michigan University, to take on Physics and Math.

After a short stint in the course, he decided to follow his passion. He dropped physics and math to pursue drama, where he was offered a scholarship.

After his graduation from the university, Florek went to New York with the hope of getting a chance to showcase his abilities on stage.

Dann Florek later moved to San Diego in 1970s where he took on roles in La Jolla Playhouse productions. After a successful entry into the film industry, Florek was called in the 1980s to work as a supporting actor in films including, Moon over Parador, Angel Heart, and Sweet Liberty.

Law and Order was the film that brought Florek to the limelight. It was a television series that was based on law and order that aired in the 1990s. Florek starred a role as David Meyer.

In the film The Secret Life of Desmond Pfeiffer, he took on a role as Abraham Lincoln and as Mr. Slate in later in the film The Flinstones, a filmed aired in 1994.

During the same year, he starred in Getting Even with Dad. He played a supporting role in the action movie Hard Rain.

Dann Florek met Karen in Daniel Quirk Jr. drama school. The two later got married, and they both leave in Los Angeles. His wife is an artist.

Dann Florek was handed an honorary Bachelor and Masters of Arts by the University of Eastern Michigan on 13th December 2008.