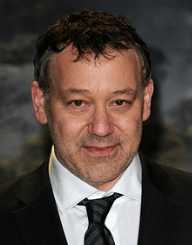 Sam Raimi is an American film director and producer best known for directing the original Spider-Man trilogy. His work mostly focuses on supernatural themes and motives.

Samuel Raimi was born in Royal Oak, Michigan on October 23, 1959. His parents’ names are Celia and Leonard. His father was the owner of a furniture and appliance store. His family is Conservative Jewish, with his ancestors being Jews that immigrate to the United States from Hungary and Russia. He graduated from Groves High School and then continued at Michigan State University, but he dropped out after only three semesters.

Raimi’s love for films started at the age of eleven when his father bought a camera to shoot short films at home. In college, he met and started working with Robert Tapert, a fellow film enthusiast. Together they created a short horror called Within The Woods, and then they continued with the feature-length film Its Murder.

Raimi’s first big success was the supernatural horror The Evil Dead, released in 1981. The story revolves around a group of five college students who find a tape that releases demons and spirits which start to haunt them while they are vacationing in a cabin in the woods. The cult film gained a large following in both Europe and the United States, due to its combination of exaggerated horror and slapstick comedy. This managed to grab the attention of Hollywood producers who offered to fund the sequels. Two more parts were released: Evil Dead II in 1987, which received a modest critical and commercial success, and Army of Darkness in 1993, which performed quite poorly compared to the first two films.

Raimi started experimenting with other genres as well. He collaborated with Joel and Ethan Coen to create the comedies Crimewave and The Hudsucker Proxy. In 1990, he wrote his own superhero film, Darkman, starring Liam Neeson. It did not gain plenty of success on the big screen, but it became somewhat popular on video and received two sequels. He then tried his luck with westerns, filming The Quick and The Dead in 1995 with Sharon Stone, Leonardo DiCaprio, and Russell Crowe, but again the film flopped at the box office. In 1998, he worked on the crime drama A Simple Plan, which received positive reviews from critics and earned two Academy Award nominations. In 1999, he added a romantic drama to his resume – For Love of The Game, starring Kevin Costner.

The biggest accomplishment of Raimi’s career happened when he was chosen to direct a film based on the Spider-Man comics by Stan Lee. Actor Toby Maguire was given the main role, a young man who gets magical powers after being bitten by a radioactive spider. Spider-Man went on to become one of the highest-grossing blockbusters in 2001, and one of the most popular superhero films of all time. Two more sequels were made in 2004 and 2007. After this, a few other Spider-Man films were released, but without Raimi as the director or Tobey Maguire as the lead actor.

Apart from film, Raimi has also directed and produced several television shows, the most notable ones being Hercules: The Legendary Journey and Xena: Warrior Princess, but also Cleopatra 2525, Jack of All Trades, M. A. N. T. I. S., 13: Fear is Real, American Gothic and Young Hercules. He was the executive producer of several shows on the Starz Television Network, including the popular series Spartacus.

Raimi has had a very long collaboration with his brother Ted and with his old friend Bruce Campbell, casting them in plenty of his films and television shows.

Since 1993, Raimi has been married to Gillian Dania Green, the daughter of Canadian actor Lorne Greene. They have five children together, who have appeared as extras on their father’s film a few times.