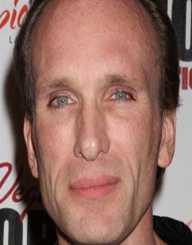 Peter Greene is an American actor known for his versatility in playing sadistic roles. With looks to match the underworld, he was the most sought-after crime roles actor.

Peter Greene was born on October 8, 1965. At birth, his parents named him Peter Green. The New Jersey-born actor was the first born in a family of three children. The other children were his brother John, and sister Mary Anne. His parents were of Irish descent. He attended Montclair High School. Green never completed his high school education in New Jersey. He dropped out of school and relocated to New York in his teenage years.

In New York, the living conditions were hard for him. With no stable income, he resorted to usage and peddling of drugs to sustain himself. It was a decision he regretted later in life. Green battled with drug addiction for many years.

Peter Greene got into television acting at the age of 25 in 1990. To promote his professional resume, he adopted the name Greene as his surname. Green was Irish, while Greene was American. He started acting in various local stage productions. To enhance his skills, he enrolled for acting lessons in a New York studio. Under the tutelage of Lee Strasberg, Greene became an accomplished actor. Soon after, he got several acting proposals from local film directors. He continued acting in small film productions until 1992.

In 1992, he got his first lead role in a film cast. The production titled Laws of Gravity was set behind a backdrop of the criminal life of two brothers in New York. The role had him nominated for the Independent Spirit Award.

Peter Greene was in another film production released in 1993. The second film was known as Clean, Shaven. In 1994, he was in another crime movie as a sadistic torturer. He played the role of Zed in the film Pulp fiction. The film was produced by Hollywood great Quentin Tarantino. Green took up a role in the funny movie The Mask.

The Usual Suspects was one of the greatest criminal films he featured in. The 1995 film was widely received by audiences all over America. Due to his deep vocals and sadistic looks, he got to pair with martial artist Steven Seagal. In the movie Under Siege 2, he took up a supporting role to Seagal.

Apart from Hollywood, Peter Greene also featured in television casts. In 2007, he was given the leading actor role in The Black Donnellys. This television drama aired on American television station NBC. He was also given a minor role in Justified.

Due to his natural sadistic looks, Greene has featured with many other actors in crime films. Apart from Seagal, he has acted with Martin Lawrence in Blue Streak. He was a partner in crime to Denzel Washington in Training Day. In Training Day, Greene and Denzel Washington are corrupt undercover police officers. Other actors who have featured with him are Samuel L. Jackson, Jim Carrey, Cuba Gooding Jr and Cameroon Diaz.

Standing at 6 feet 2 inches tall, Peter Greene is a physically endowed man. Despite having a Catholic upbringing, he wrestled with drug abuse for a better part of his life. He picked the vice as a young man, selling drugs in his early years in New York. He went in and out of rehabilitation centers severally.

After many years of stability in substance abuse, he was found in possession of cocaine in 2007. Greene has since recovered from the addiction. Mike Starr, who was once a close associate of Greene, died of an overdose in 2011. The death was widely rumored to be a case of suicide. It is his friend’s death that gave him the strength to come out of the addiction.

He is currently living in New York.

Peter Greene was not an academician. He dropped out of school to start his own life. Though he took a wrong turn by peddling and using drugs, he managed to create a niche for himself in the film and acting industry. He discovered that his looks were his asset. Greene complimented his looks with a splendid performance in all the casting roles he was given.

Life gave him an opportunity to showcase his talent. He took up the second chance and made something out of acting.