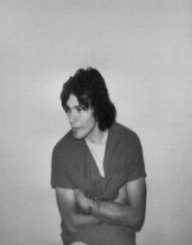 Richard Ramirez was a monster under human skin. A notorious serial killer, he has 13 confirmed murder victims and more than 40 cases of assaults, burglary, and rape.

A sadistic fellow, Ramirez worshipped Satan and developed a fan following, one of whom became his wife.

One of the cruelest and remorseless killers in the history of USA, Ramirez earned many nicknames such as the Valley Intruder, the Night Stalker, and the Walk-in Killer.

A Texas-born man, Richard Ramirez was the youngest of five children of Julian & Mercedes Ramirez. He was born on February 29, 1960. His birth name was Ricardo Leyva Munoz Ramirez.

Growing up in an abusive household, Ramirez had epilepsy due to a childhood injury. Criminal influence on him started very early at the age of 12 when his soldier cousin Mike proudly described him stories how he raped and murdered Vietnamese women during the war. Ramirez was fascinated by all these stories, and Mike became his role model and guide.

Richard’s habit of marijuana distanced him from family members, and he became even closer to Mike who taught him killing skills. All this time he had been cultivating his sexual & violent desires of rape and murder. During this time, he witnessed Mike kill his wife.

Richard Ramirez’s fantasies started to take form in real life. He began by robbing customers in their slip at an inn where he worked. Then he tried to rape a woman unsuccessfully.

His murder spree began in 1984 when he killed a 79-year-old woman while robbing her home. He sexually assaulted her and inflicted multiple stab wounds.

Richard Ramirez killed again in 1985, this time killing two people after his intended victim escaped. His MO was to attack aged couple and women at night in their homes. He also left satanic symbols at few of the crime scenes.

This earned him the name The Night Stalker. Most of his early victims were from the Los Angeles area. After the police built a profile and launched an active search, Ramirez moved to San Francisco. He killed there again, using the same MO as his previous crimes.

A failed murder attempt on the young couple Bill Carns and Inez Erickson, let the police to attach an identity to the hitherto mysterious killer finally.

Richard Ramirez was captured on August 31, 1985, by a group of Los Angeles locals. He was trying to run away after seeing his photo in the newspaper. Before the police took him into custody, he was severely beaten by his captors.

After a long trial, everyone in the jury found Richard Ramirez guilty on all charges. This included 13 counts of murder, five attempted murders, 14 burglaries and 11 original charges.

He received 19 death sentences after one of the most expensive trials of that time.

The police later linked him with additional murders and offenses.

Richard Ramirez remained on death sentence for 23 years. During this period, his appeals to a rehearing were rejected several times. He died on June 7, 2013, due to B-cell lymphoma, a type of blood cancer.

Richard Ramirez was a sadistic individual obsessed with gore. He did drugs like marijuana and LSD from an early age and was a maniacal Satanist.

He led a life of crime and developed a cult following while on trial and after conviction. One freelance editor Doreen Lioy fell in love with him. They married in 1996, while Ramirez was in prison.