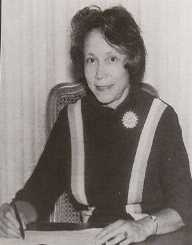 Jo Ann Gibson Robinson was a professor and a Civil Rights Activist who was one of the principal protagonists of the famous Montgomery Bus Boycott in the mid-50s. She was at the forefront of the Civil Rights Movement in the United States which sought to effectuate the constitutional and legal rights of the ethnic African Americans.

Robinson was born on April 17, 1912, into a family of farmers to Owen Boston and Dollie Webb Gibson. After the early death of her father, Robinson moved from Culloden to Macon where she did her schooling at segregated public schools. She attended Fort Valley State College and completed her bachelor’s degree in 1934. Thereafter, she took up teaching at a public school in Macon. After five years. Robinson moved to Atlanta to complete her Master’s degree in English from the Clark Atlanta University. After teaching at Mary Ann College in Texas for a year, she became the English Professor at Alabama State College in Montgomery.

Racial discrimination was a long-standing issue throughout America that had its roots back as far as in the Reconstruction Era. The undercurrent of social unrest gathered full momentum round about the period when Robinson started teaching in Montgomery. During her time here, she was inspired by fellow Civil Rights Movement activists and became members of two important organizations intimately connected to the Movement – the Women’s Political Council and the Dexter Avenue Baptist Church. While the former fought for a better status of African American professional women in a repressed society, the latter catered to mostly African Americans and was the nucleus for many important Civil Rights activities.

Robinson was subjected to racial abuse in 1949 when she was lambasted by a white bus driver for occupying a seat inside a city bus which was only reserved for white people. Robinson, along with other acquaintances who had suffered similar humiliation, decided to organize a protest, but the Montgomery officials didn’t pay heed to their petitions. To her dismay, even Women’s Political Council quietly tolerated the whole incident which they felt was a part and parcel of the life of African Americans in the country.

But Robinson wasn’t to be bogged down. In 1950, she replaced Mary Fair Burks as the President of the Women’s Political Council. She was particularly vocal about the racial discrimination on public transportation which affected people's basic livelihood. The incident in 1949 sparked a flame which would take the shape of a wildfire six years later. Until that time, Robinson and others regularly petitioned the Montgomery City Commission for acting against such segregationist practices. They did achieve some results like buses were directed to halt at black neighborhoods from then onwards.

In 1954, a landmark Supreme Court decision paved the way for desegregation and was an important juncture in the Civil Rights Movement. In Brown vs. Board of Education, the Court held that racial discrimination in public schools in an unconstitutional infringement on rights.

A year later, activist Rosa Parks faced a similar situation like Robinson when she was racially abused and subsequently arrested for not giving up her seat to a white passenger on a city bus. Robinson convinced Parks that the time has come to stir something big which will land a big blow to the racial segregation and discrimination system in the country. With Parks’ help, Robinson slipped into Alabama State College and spent an entire night mimeographing 52,500 pamphlets to boycott the city buses for one day. African American churches and congregations including the principal supporter Reverend Ralph David Abernathy of the African Methodist Episcopal Zion Church lent their active support and urged every minister and leader to participate in the one-day boycott. The boycott proved to be a success and became a driving force for the ethnic group to assert their claims.

Black ministers and leaders formed the Montgomery Improvement Association (MIA) in December 195 with a certain Martin Luther King, who was a Reverend back then, as the elected President. The MIA played a critical role in sustaining the political protest for a whole long year until December 20, 1956, when the landmark decision was made in Browder v. Gayle where it was formally proclaimed that segregation policies in public transportation were constitutional.

Robinson served on MIA’s executive board and was instrumental in carrying out various activities which aided the year-long boycott’s cause. She was subjected to many isolated cases of harassment from police officers throughout 1956. Stones were hurled at her home, and her car was damaged due to an acid attack. But she remained firm in her resolve and continued her work while not getting officially involved with MIA as a member. Robinson was worried about her position as a teacher at Alabama State College for her role in influencing the students for the boycott and four years later, she resigned and left Montgomery altogether. She was a teacher in Louisiana’s Grambling College for a year before moving to Los Angeles where she taught in public schools. Robinson settled in LA and retired in 1976.

While teaching at a public school in Macon early in her career, Robinson married Wilbur Robinson. The couple had one child who died during infancy. Their marriage didn’t last long. Robinson got her memoir, The Montgomery Bus Boycott and the Women Who Started It, published in 1987. The Southern Association for Women Historians bestowed upon her the Publication Prize in 1989. She suffered from severe health problems toward the end of her life and passed away in LA on August 29, 1992.