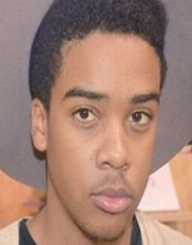 Kenny Knox is a rising American social media star using the opportunities social media platforms has created to express his thoughts and talent to the world.  Born on October 3, 1997, he is strongly announcing his presence of Vine since he created that account. Currently, he has over 1.5 million followers on Vine, and his posts are attracting new followers each day. Though he also has a YouTube account created in 2014, he is more stuck to Vine and posts more on that platform than YouTube, but that would definitely change has vine has announced shutting down.

Kenny Knox growing popularity has gained his prominence and has gradually become a leading social media marketing influencecollaborating with the agency Viralnation. Aside from his presence on social media, Kenny Knox also interested in gaming and play games like FIFA, GTA V and the NBA series in Xbox. He announced bringing his gaming experience and upload his gameplay videos on his YouTube page in January 2017.

Kenny Knox was born on October 3, 1997, in Detroit, Michigan. He was educated at the West Bloomfield High School. Other childhood stories and the family of Knox is not in the public domain.

Kenny Knox first announced his presence on social media through the creation of his Vine account in 2014. According to him, the purpose at the time was to have fun. At the time, he only did normal posts, watch videos of other and laugh out at funny ones. Nonetheless, his posture toward Vine changed as he picked inspiration from the famous Viner, King Bach, hence started to produce vine contents and has since then never looked back. In producing his contents, he has collaborated with other famous viners like Caleb City and the quality of works speaks volume for itself. In the space of two years, Kenny Knox popularity grew tremendously on vine gaining over 1.5 million followers and more that 986 million loops.

Kenny Knox has a strong bond with his followers, and as a youth, he knows what people in his age group wants. With this, he presents videos which conform with the taste of the public. Aside from vine, he is also present on YouTube though he uses vine more as compared to it. However, as vine has announced a shutdown, Kenny Knox also announced taking his gaming experience to YouTube. Twitter announced on October 27, 2016, of limiting the prowess of vine to become a separate service make 6-seconds videos, nonetheless, cannot connect to the Vine community website. Kenny Knox, however, expressed how satisfying it was meeting new people and old friends through Vine. On October 1, 2016, he was invited to the Streamy Awards festival which was held at the YouTube Space centre in Los Angeles.

Kenny Knox is not just a social media enthusiast but also aprominent gamer. He play games like the NBA series, GTA V and FIFA. He has announced taking his gaming experience and gameplay video onto YouTube from January 2017 as Vine announced a shutdown.