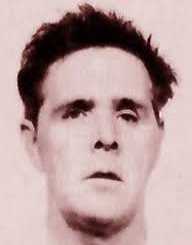 Henry Lee Lucas was born 23rd August 1936, in Blacksburg, Virginia, in the United States. Lucas had an unfortunate childhood. His father died in 1949, after collapsing drunk outside in a blizzard. His mother, who was a prostitute, would make Lucas watch while she entertained customers, and she also made him cross dress in public.

When he was in grade six, Lucas ran away and became a drifter.

In 1954, Henry Lee Lucas was charged and convicted of more than 12 burglaries. They were all around the Richmond area in Virginia. He was sentenced to four years imprisonment. Three years later he escaped, but after only three days he was caught and sent back to prison. He was released in 1959.

During his time in prison, Lucas had become engaged to a lady who had been his pen-pal. He traveled to Michigan to live with Opal, his step-sister, in late 1959. His mother paid a visit at Christmas, and she argued with Lucas that he should return to Blacksburg with her because she did not like his fiancé.

Henry Lee Lucas and his mother constantly argued, and on 11th January 1960, he thought he had murdered her, so he ran. When Opal came home, their mother was still alive, although she died shortly after. Lucas was arrested soon after. He served ten years in prison, and due to the jail being overcrowded, he was released in June 1970.

In 1971, he was yet again arrested, this time for trying to kidnap a trio of schoolgirls. While in prison, he was engaged to a single mother, and they married in 1975 when he was released from prison. The marriage only lasted two years, as the step-daughter said Lucas was sexually abusing her, so he left.

Henry Lee Lucas then moved to Jacksonville in Florida, and for a while took on casual work and stayed out of trouble. Through a friend, he met Frieda Powell. Powell was intellectually impaired, and after her mother and grandmother died, she was moved into a state facility in 1982. Shortly after, at the request of Lucas, Powell left the facility to be with him.

The pair lived as vagrants for a while, moving around, and taking what work they could. They were given a small apartment on a religious commune, but Powell disappeared sometime later. Lucas said she was homesick and had left, but it is thought he murdered her.

An older lady named Kate Rich had been looked after by the couple for a time, but she also had disappeared, and Lucas was the main suspect. He eventually admitted to the murders of both Rich and Powell.

Henry Lee Lucas had begun to confess to dozens of other unsolved murders, and although the police were not sure whether to believe him or not, they did think some of the confessions were genuine. By November 1983, the Lucas Task Force had been created to deal with all his disclosures. Sometime later, it is claimed the task force was officially able to close 213 murders that had previously been unsolved.

It became a mystery as to whether Lucas had committed any murders. He had access to case files, and it is believed he may have been making up stories because he had a lot of knowledge from the records he had read. He confessed to murdering a girl in 1979, and another girl in 1980, but these are believed to be false confessions.

A journalist did a story in The Dallas Times Herald, which showed there was no way Lucas could have committed all the murders he claimed he did. The time factor with all the different locations showed that he couldn’t have been everywhere that he said he was. The task force was accused of accepting the confessions to enable them to close unsolved cases.

Eventually, just 11 murders remained that Henry Lee Lucas was convicted for. Although he had been given a death sentence, it was changed to a life sentence when Lucas said one of the murders was made-up after reading from a case file and that he hadn’t committed it. It still is not known precisely how many people Lucas murdered.