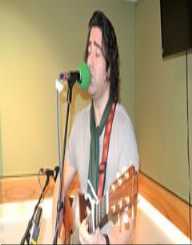 Brian Kennedy is an Irish singer known for his Celtic Balladry. He is a songwriter and an author too. He has achieved international popularity, and his admirers include Bill Clinton, Ray Charles and Bob Dylan to name a few. Brian Kennedy performed at the funeral of Northern Irish sporting hero George Best. This event unified both sides of the nationalist conflict in the country he was raised.

Brian Kennedy was born in Belfast, Ulster, Northern Ireland in 1966. His star sign was Libra. He grew up in the notorious Falls Road in the midst of inter-religious conflict. He dealt with violence by turning inwards. Brian Kennedy jokingly refers to learn singing by synchronizing with the sirens of fire trucks, police and ambulance sirens. He left home at 18 with his brother and moved to London.

Brian Kennedy secured a job in a London bar singing Gershwin. His hard work got him a deal with RCA. He was able to release his debut album The Great Way of Words in May 1990. This featured the famous singles Captured and Town.Though not a great success this album caught the attention of Van Morrison, the renowned singer and music producer from Belfast. Brian Kennedy got an invitation to tour as a backing singer of “Blues and Souls World Tour.” This lasted for six years. He performed with legends like Joni Mitchell, Ray Charles, Bob Dylan and many others.With Morrison, he performed in front of Bill Clinton when the latter visited Belfast.

Brian Kennedy has since become a favorite performer of the former president. In 1996 he released his solo album A Better Man which featured singles like A Better Man and Put the Message in the Box. This album secured the top place in the Irish Album Chart. The album released in 1999 was Now that I Know What I Want.  The single These Days a duet with Ronan Keating of Boyzone reached platinum status peaking at number 3 on the Irish Charts.

Musical Career In The Millennium

In 2000 Brian was the lead singer of Riverdance on the Broadway show and performed songs written by its composer Bill Whelan. In Dec he released the Best and Rarities Collection titles Won’t You Take Me Home – The RCA years. At the same time, he recorded an album Get on with Your Short Life which he released in Oct 2001 and UK in Jul 2002. Brian Kennedy also sang the original vocal Raise Me Up with the Irish/Norwegian group Secret Garden. In 2003 he signed a six-record deal with Curb records in 2003.Brian Kennedy worked in a TV series where he explored origins of Classic Irish and Scottish folk songs. The soundtrack was released in 2003 April and the second series in 2005.

In Nov 2003 he recorded a concert at Belfast Waterfront Hall and released the CD and DVD set Live in Belfast next year. This was his first live album. In 2005 when the nation mourned the death of its football hero George Best, Kennedy performed You Raise Me Up at the funeral. Curb released this as a charity single George Best: A tribute. This single shot up to 4 in the UK chart. In 2006 Brian Kennedy was chosen by public vote to represent the Republic of Ireland at May’s Eurovision song contest. He performed his original compositions Every song is a cry for love.

They achieved a creditable 10th, ensuring automatic entry the next year. A week later he released his 5th album Homebird and in Mar 2006 Interpretations an album of pop covers and songs by U2, AI Green and Declan O’Rourke. He also sang at the opening ceremony of the Special Olympics Ireland games.

In 2002 Brian Kennedy attended a book launch for Breaking the Skin, an analogy of Irish short stories of which he wrote two. In 2004 he released his debut book The Arrival of Fergal Flynn, This book was No3 in the Irish best book list. He was awarded honorary degree of Doctor of Letters (D.lit) by the University of Ulster.

Brian Kennedy came out as gay in 2009. His brother Bap Kennedy also a singer died of cancer in Nov 2016. Brian Kennedy is battling rectal cancer, but because of early diagnosis, he is expected to recover