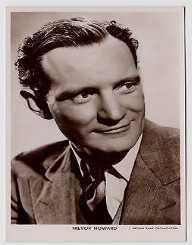 Born on September 29, 1913,in Cliftonville,Kent and England,Trevor Wallace Howard-Smith, was an English stage and film actor. Best known as Trevor Howard, he made an acting debut in an uncredited role in the film The Way Ahead, in 1944 playing as a ship officer. Howard never looked back since then and had played roles in different stage and films. He gained a star status for his splendid role in the film Brief Encounter, 1945 as Dr. Alec Harvey and in The Third Man, 1949 as Maj. Calloway. His breathtaking performance in these films paved the way for many other film and TV appearances. Howard became an actor with good standing in Britain and was for some years voted among the top ten stars at the box office by film exhibitors through an annual poll in the Motion Picture Herald.

Trevor Wallace Howard-Smith was born on September 29,1913, in Cliftonville, Kent, England to Mabel Grey and Arthur John Howard. H received his education from Clifton College but later left on his own will gaining a drama scholarship to continue his education at the Royal Academy of Dramatic Art (RADA). He then started acting for several years on London stage, which was interrupted by the World War II. Acting mostly without pay, his first paid job was in 1934 in the play Revolt in a Reformatory. A year later, he left RADA to pick up some small roles.

Howard was drafted into the British Army prior to the World War II. His wartime service was in the Royal Corps of Signal where stories of his service there were termed as being courageous gaining him much respect among the people and fellow actors. Nonetheless, records available in the Public Record Office show he was discharged from the Army in 1943 based on his mental instability and psychopathic personality. This surfaced in his biography written by Terence Pettigrew and published in 2001. This accession was however debunked by Howard’s widow, actress Helen Cherry, who termed Howard's service in the military as honorable.

Howard started his acting career whiles at the Royal Academy of Dramatic Art playing several theatrical roles. His last stage work was The Recruiting Officer in 1943, and that opened a new chapter in his acting career, making a film debut in 1944 in The Way Ahead. Even though he played an uncredited role, he gained the attention of David Lean, who was at the time in search for an actor to play the role of Dr. Alec Harvey in the film Brief Encounter in 1945. Lean then recommended him to Noel Coward who agreed to give Howard the role, and this became his breakthrough in the film industry. He since had roles in films like I see a Dark Stranger in 1946, Green Danger, 1946 and They Made Me a Fugitive,1947. In 1949, he played the role of Professor Steven Stratton in David Lean’s The Passionate Friend, but that was not successful.

That same year, he was cast in The Third Man playing the role of a British military officer, Major Calloway, and that cemented his reputation as a good actor. During the shoot of this movie, Howard insisted on having a drink at his favorite bar in Vienne where the filming took place. After some few drinks, he got into an argument, which attracted the attention of a major in the British Army. This major called on the Military Police to arrest Howard as an imposter since he was in a military uniform. Howard was made to apologise and summoned to the British commanding general, Sir Alexander Galloway. He played roles in several other films and in 1953 was cast in The Heart of the Matter. Gaining popularity, different roles to his reach and acted in The Key in 1958, set on a novel by Jan de Hartog. His role in this film gained him a BAFTA award for Best Actor. In 1960, he played in Sons and Lovers gaining him a nomination for an Academy Award for Best Actor.

After that film, Howard focused on character acting and some of his works from this period include, Mutiny on the Bounty, 1962 Father Goose, 1964, Von Ryan’s Express, 1965, Battle of Britain, 1969, The Offence, 1972, Superman, 1978 and Gandhi in 1982 among several others. In 1987, Howard was a cast in White Mischief, 1988 filmed in Kenya. At that time, he was addicted to alcohol and seriously ill, which almost caused the company to him if not for the intervention of co-actor Sarah Miles, who insisted Howard was a good actor and needed to be pardoned. She even got to the extent of threatening the executives of the film that she would also quit the film if Howard was sacked. He starred in several others and brought his acting career to an end after his role in The Dawning in 1988.

Howard was married to actress Helen Cherry. Leaked records by Sunday Times in 2003, from the British government shows that, Howard was among 300 other individuals to decline official honors including a CBE in1982. Trevor Howard died on January 7, 1988, aged 74, from hepatic failure and cirrhosis of the liver in Arkley, Barnet

Trevor Howard received a BAFTA award for his role in The Key in 1958. He also received nominations for an Academy Award, four other BAFTA nominations, Emmy and Golden Globe Award nominations.