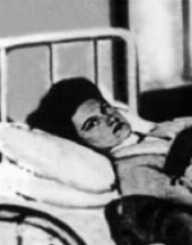 Mary Mallon alias Typhoid Mary was born on September 23rd, 1869. She is famous for being the first individual in the United States to stand as the asymptomatic carrier of the typhoid fever bacteria. When she was working as a cook, it was alleged that she had infected up to 22 individuals. Three of them died as a result of the disease. Her condition led to her isolation for about three decades which contributed to her death.

At the time of her birth on September 23rd, 1869 Mary Typhoid was given the name Mary Mallon. Her place of birth was in Cookstown, Tyrone, Northern Ireland. In 1883, when she was only 15 years old, Mary emigrated to the United States. During this time, she went on to live with her uncle and aunt. This gave her the opportunity to look for jobs that would aid her in earning a living. Sooner or later, she landed herself a job as a cook. She used to cook for wealthy families.

For seven years beginning 1900, Mary Mallon cooked for seven wealthy families. During her first year of employment in 1900, she was working in Mamaroneck, New York. In just two weeks after being employed residents around the area where she worked contracted typhoid fever.

The following year she shifted to Manhattan, and the typhoid fever issue continued. Her employers contracted typhoid fever and were also faced with diarrhea. She left to another household and helped cook food for a lawyer. Here, 7 out of 8 members of the family became ill. This made Mallon pack her bags yet again.

In 1906, Mary Mallon got another job at Oyster Bay, Long Island. The same string of sicknesses was felt as she left 10 out of 11 with the fever. Three other households were faced with the same problem after she left her current job to seek employment elsewhere.

One of the families soon decided to hire George Soper, a typhoid researcher to investigate the disease. After months of investigations, the following year on June 15th, Soper made it public that Mary Mallon could be the healthy carrier of the pathogen. This publication was made under the Journal of the American Medical Association.

According to the medical report that Soper provided, he claimed that a woman could be the main reasons behind all the outbreaks in other families. The description of a lady cook that he provided matched Mallon’s. Unfortunately, it was somewhat tricky for Soper to track down Mallon because she immediately left the moment an outbreak began.

Attempts to acquire Mallon’s stool and urine samples for further investigations proved futile, and Soper investigated her cooking history. It is from his research that he was deeply convinced Mary Mallon could be the pathogen carrier. She was later brought into custody by the New York City Health Department. The media attention that Mallon received earned her the nickname “Typhoid Mary.”

Mary Mallon switched careers and worked as a laundress. Nonetheless, Mallon soon realized that this occupation paid less as compared to cooking. It did not take time before she resumed her cooking job. For five years, she cooked from time to time and switched professions to guarantee that she was not ceased. As a result of this, outbreaks kept coming in places where she worked.

In 1915, an outbreak was reported at the women’s Sloane Hospital a place where Mary Mallon worked as a cook. Investigators initiated a manhunt for her. In March the same year, she was put into quarantine at the North Brother Island.

When Mary Mallon was quarantined for the second time, she was not released as she was put into isolation. In 1932, she suffered a stroke which paralyzed her. There are no documented love affairs that Mallon was engaged in.