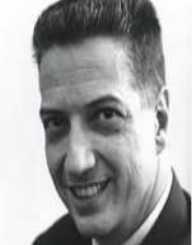 John Henry Hammond II was born 15th December 1910, to John and Emily Hammond. He was born in New York City, New York, in the United States. Hammond came from a wealthy family, and he was the only son, with four sisters.

His father worked as a lawyer and a banker. His mother was an heiress to the Vanderbilt fortune.

Hammond studied music from a young age. At four years of age, he began learning the piano, and he took up the violin when he was eight.

Hammond's mother supported social reform, and from an early age, Hammond also took up the cause. He wanted to use his privileged status to help the community.

John Hammond first heard jazz music on a trip to London in 1923. When he returned to the U.S., Hammond couldn't find jazz music in any of the stores. He soon discovered that Negro music was found in different shops. Due to this, he went to Harlem to find the music he wanted.

In 1926, Hammond enrolled at a boarding school called Hotchkiss School. The headmaster allowed him out on the weekends to have music lessons. After his music lessons, Hammond would sneak over to Harlem to listen to jazz music.

Hammond graduated in 1929, and he found work at a newspaper called the Portland Evening News. He worked alongside a fellow Hotchkiss alumnus named Ernest Gruening. Gruening also had an interest in social justice and reform.

John Hammond began studies at Yale University in 1929. He also regularly wrote for trade magazines, and he frequently visited New York City. Hammond fell ill with jaundice and had to miss classes periodically.

In 1931, Hammond left university to begin his career in the music industry. As a result, his father was very disappointed, as he was a Yale graduate.

In 1931, John Hammond paid for a recording of the pianist, Garland Wilson. He continued with a long list of successes as a record producer. In contrast, Hammond also continued to write regularly about racial differences.

He became a disc jockey in 1932 for a local radio station. Hammond showed no favoritism with white or black music. As a result, he established himself as an authority on jazz during this period.

After quitting the radio show, John Hammond worked with the US Columbia recording label to collaborate with UK Columbia.

Over the next few years, Hammond worked to integrate different acts in the music industry racially. He formed relationships with local musicians in Harlem. He was able to do this due to his friendship with Benny Carter.

John Hammond began military training in November 1943. During his training, his wife gave birth to their second child, who died soon after he was born. Hammond and his wife grew apart after their child's death.

After initial training, Hammond was posted at Camp Plauche. He managed activities for the black soldiers. The army was segregated during this period, with much discrimination. Hammond worked on racial integration by promoting concerts for the soldiers that featured black musicians.

As a result, John Hammond then moved to Fort Benning in Georgia, which was well-known for its racism. He continued his excellent work while he was there.

In 1946, the army discharged Hammond. Hammond's wife, Jemy, had their third son. Much to her dismay, Hammond became very busy at work. She requested a divorce, which Hammond agreed to, but Jemy didn't remarry.

John Hammond returned to Columbia Records in the late 1950s. He signed Pete Seeger, and he discovered a young Aretha Franklin. In 1961, Hammond signed Bob Dylan to the label. In his later years, Hammond signed Bruce Springsteen and Leonard Cohen.

Hammond retired in 1975 from Columbia Records, although he continued to look for new talent. In 1983, he was Executive Producer on the debut album of Stevie Ray Vaughan.

In 1941, John Hammond married Jemy McBride. They had three sons, although one died soon after childbirth. The couple divorced in 1948.

Hammond's second marriage was in 1949, to Esme Sarnoff.

Hammond had a stroke in 1985. Esme was diagnosed with breast cancer, and she died on May 1986. As a result, Hammond was broken-hearted after the death of his wife. He suffered from several strokes, and he died on 10th July 1987.