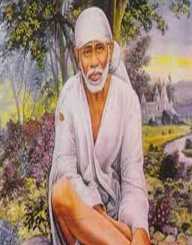 Sai Baba of Shirdi commonly known as Shirdi Sai Baba was a renowned Indian spiritual leader. His devotees would often refer to him as a fakir, a saint as well as Satguru. He is best remembered for his preaching against the love of things that will come to perish. He also preached greatly on self-realization. He was never associated with a particular religion. In fact, he greatly advised his devotees to follow the same. Throughout his spiritual career, he had over thousands of followers not only in India but globally.

He was known to show compassion both to human beings and other creatures as well. He would even share his food with animals that he thought were hungry. He emphasized fairness to all creatures without discrimination. He has been featured in many Indian Television series.

Little is known about the early life of Sai Baba of Shirdi. However, Sources has it that he was born on September 28th, 1838. His place of birth was in Pathri situated in India. The sources further reveal that he mysteriously appeared in a small village in India known as the village of Shirdi. He was 16 years old at the time.

He further advanced in his religious life and even began performing miracles. The poor also sought his guidance, and he helped out in solving many of their problems. By that time, the villagers had grown quite fond of him. He then acquired several devotees from within and beyond the village. Three years later after his arrival at the village, he mysteriously disappeared. The people of Shirdi were left wondering where he had disappeared to.

After Sai Baba left Shirdi, it is believed that he earned a living as a weaver. During this time he became close with some fakirs and saints. He later took part in the 1857 Indian Rebellion as a member of the army of Rani Lakshmibai of Jhansi.

In 1858, Sai reappeared in Shirdi. This was a year after his disappearance from the village. This was when his devotees gave him the title “Sai Baba” for they had no idea of his real name. Meanwhile, Sai continued his long medications and spoke less. During this time he was mistaken to be Muslim betrayed by his dress code. This created great hostility from the Hindu people that occupied most of Shirdi. However, Sai never associated with any particular religion.

He performed miracles and continued helping the poor. He encouraged people to share what they possess with others as an act of charity. Sai Baba was also known to be charitable to animals aside from people. According to him even animals should never go hungry. He would be seen sharing his meal with animals during his stay in the alms. With time his devotees referred to him as a spiritual master. He was also given the title “Hakim.”

Sai Baba of Shirdi took his last breath on October 15th, 1918 after living a simple life. He was 83 years old at the time of his death.