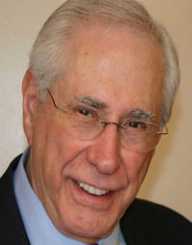 American politician Mike Gravel was born on the 13 May 1930 to Alfonso and Marie Gravel in Springfield, Massachusetts. His parents were French-Canadians who had moved to Massachusetts for economic reasons in the 1920s. The couple had five children: Mike, Lionel, Bernard, Marguerite, and Marie.

Maurice Robert "Mike" Gravel was a pupil at Assumption Prep high school in Worcester, Massachusetts where he was a boarder. After high school graduation, he enrolled at the American International College in Springfield. He received a science degree in economics from Columbia University, New York (1956).

During the early 1950s, Mike Gravel was a member of the US Army (1951-1954) where he worked as an adjutant in the Communications Intelligent Services in Germany. He was also a special agent in the Counter Intelligence Corps in France.

Throughout his tertiary studies, Gravel work various jobs to support himself including driving a taxi and working as a clerk. After obtaining his degree in economics, Gravel returned to Alaska. Already interested in running for public office, he initially worked in the property business and for a time also worked as a brakeman on the Alaska Railroad.

Then in 1968, he ran for the US Senate and won. He went on to represent Alaska from 1969 until 1981. Senate committees Gravel was involved with, included interior, finance, environment, public works, buildings and grounds, energy, water, and environmental pollution.

During his time in the Senate, he was an outspoken critic of the Vietnam War and was involved in killing legislation to extend draft. He also introduced the Pentagon Papers into public record when he read parts of the document aloud in a subcommittee meeting. Gravel lost office in 1980.

During the 1980s, Mike Gravel was involved in a short-term rental business and property development. In the 1990s, he moved to California with his wife when she was appointed head at the Monterey Institute of International Studies. During that time, Gravel incorporated two California non-profit organisations, Direct Democracy, and Philadelphia II.

Both organisations focused on direct democracy via the enactment of the National Citizens Initiative for Democracy. He continues lecturing and writing about the need for citizen participation in government. Gravel is the author of two books Jobs and More Jobs (1968),  and Citizen Power (1972). He has also co-authored A Political Odyssey: The Rise of American Militarism and One Man’s Fight to Stop It with Joe Lauria (2008). And The Kingmakers: How the Media Threatens Our Security and Our Democracy with David Eisenbach (2008).

In April 2006, Mike Gravel launched his presidential campaign. When standing as a candidate Gravel supported abortion rights, a legal path to citizenship for illegal immigrants, guest worker programmes and criticised the US-Mexican border fence as a cosmetic solution. He opposed the use of military force in Iraq and argued that the invasion was against US interest.