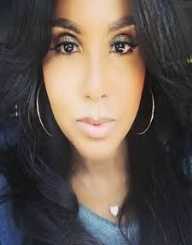 Toni Michelle Braxton was born in Severn, Maryland on October 7th, 1967. Her parents were Michael, a minister, and Evelyn Braxton. The Braxtons was a strict, religious family who forbade engagement with popular culture. Toni, together with her four younger sisters, began singing at their father’s church at a tender age.

Progressively, Michael and Evelyn relaxed their household rules; this allowed their daughters more introduction to soul and rock singers, such as Stevie Wonder and Chaka Khan.Toni in particular made music the central part of her life. She participated in many local talent shows and collaborated with her sisters on many occasions.

Toni Braxton had planned to become a music teacher after graduating from high school. She was, however, persuaded to abandon college by songwriter Bill Pettaway. Pettaway had overheard Toni singing to herself at a gas station.

In 1990, the sisters calling themselves ‘The Braxtons’ released the single “The Good Life.” The single was not a huge success, but it managed to prick the ears of producers Antonio ‘L.A’ Reid and Kenneth ‘Babyface’ Edmonds. They contracted Toni to a new deal under the subsidiary of Arista, LaFace Records.

Toni Braxton got her breakthrough in 1992. She filled in for Anita Baker and sang the soundtrack in Boomerang, Eddie Murphy’s movie. This was an opportunity for high exposure, and she secured her first big single, “Love Shoulda Brought You Home.”

Toni Braxton released her debut album one year after Boomerang. This album lived up to the hype it generated before its release. It sold more than 8 million copies, and it had tracks such as “Breathe Again, “Another Love Song,” among others. This album was the basis for 2 of her Grammy awards: for the best new artist and best female R&B vocal performance.
In the early 2000s, she returned with a new album, a reality television show and a show in Las Vegas.

There were high expectations for the third album after this huge success. It was not to be as she got tangled into contractual battles with Arista Records. The dispute was that she did not receive what is due to her from the record sales. In 1998 she filed for bankruptcy.

Toni Braxton got into acting and became the first black actress to play “Belle” in a Broadway production of the acclaimed “Beauty and the Beast.” This song turned into a monster hit and chart mover.

In 2000, after three years of legal wrangling, Braxton managed to release her third album, titled “The Heat.” This album featured Braxton as bold as opposed to heartbroken. It had singles such as “Just be a Man About it.”

Toni produced her fourth album “More than a Woman” in 2002 and after that was signed on to Background records. “Libra” was her fifth album and this was released in the year 2005.

In 2010 she released her sixth and last album, “Pulse.” Braxton decided to stop cutting albums and concentrated on other projects. She started the “Toni Braxton: ‘Revealed’ and made short appearances in “Dancing with the Stars.”

Toni Braxton won the Grammy Awards six times. She is American R&B singer, songwriter, pianist, actress, musician, television celebrity, record producer and humanitarian. She released six albums; selling six million records globally, which made her an R&B idol. She is one of the bestselling female artists of the 1990’s and is known as “Queen of R&B.”

In 1993, Toni released a self-titled album and topped the musical charts. She continued to be hugely successful with “Secrets.” Her musical career hit an iceberg after her second album “Braxton” got tangled in a legal battle with her record company.

In the early 2000’s she returned with a new album, a reality television show and a show in Las Vegas.

Toni Braxton departed from the music industry a few years later because her heart was not in it anymore. She still wanted to perform but not cut albums. In 2014, she teamed up with Babyface, a long-time music partner and they completed a duet together, “Love.”

In the two decades of her musical career, Toni Braxton has won numerous awards.

In April 2001, Toni Braxton married Keri Lewis. They had two children, Denim and Diezel, and divorced in 2013.