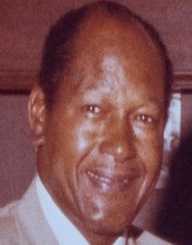 Tom Bradley was a grandson of former African slaves. A former police officer, Bradley was five times Mayor of the city of Los Angeles. He was the first African American to contest for the governor’s office in California

On December 29, 1917, Thomas J. Bradley was born in Calvert, Texas city. He was one of the five children born to Lee and Crenner Bradley. His siblings were Lawrence, Willa Mae, Ellis, and Howard. The family moved to Arizona and later settled in Los Angeles in 1924.

Bradley joined Rosemont Elementary School. He joined LaFayette Junior High School and Polytechnic High school. Bradley graduated from high school in 1937. He entered the University of California, Los Angeles, on an athletic scholarship. Bradley never graduated from college. He dropped out in 1940 to be drafted into the police department. In 1956, Bradley graduated with a degree in Law from Southwestern University. He served in the Los Angeles police department for 21 years. He retired with the rank of Lieutenant of Police. He was granted a license to practice law in 1962.

Tom Bradley first ran for office in 1963. He was elected to the City Council as a representative of the 10th District in West Los Angeles. He managed to forge alliances with the multi-racial community in his area. Bradley condemned the racial undertones at the police department and other institutions.

In 1969, he unsuccessfully ran for mayor of Los Angeles. The incumbent mayor managed to portray him as a Black Panther. The racial prejudice played to Bradley’s defeat. He again contested against the incumbent mayor Sam Yorty in 1973. Bradley won the seat to become the first black mayor of the city. He went on to defend the position in three successive elections. He served the city of Los Angeles for twenty years as a Democrat.

Tom Bradley's tenure as mayor was punctuated with numerous events. He managed to get President Carter to support his economic plans. Carter visited California twice in 1978 and 1979. In 1979, Bradley signed into law the controversial Homosexual Law. The symptoms of AIDS were discovered in Los Angeles in 1981. Los Angeles hosted the 1984 Olympics games. He became the first mayor to sign the AIDS Anti-Discrimination Law in 1985.

The Roman Catholic Pope visited the city in 1987. The city witnessed one of the worst racial instigated riots in America. Tom Bradley oversaw the expansion and modernization of the Los Angeles International Airport. He was criticized for the racial riots in Los Angeles. Many middle-class blacks, whites, Jews, and Latinos questioned his silence on the Louis Farrakhan's rallies in California. Bradley was again criticized for the air pollution, heavy traffic snarl-ups, and increasing crime rates. He decided not to run for his fifth term.

Despite being a long-serving mayor, Tom Bradley never got elected to another high office. He twice ran for gubernatorial office and lost. In 1982, he lost to Republican candidate George Deukmejian. Bradley again lost to the incumbent Deukmejian in 1986. Bradley had made history by being the first African American to win a gubernatorial primary in California.

Tom Bradley married Ethel Arnold in 1941. The couple had two daughters Lorraine and Phyllis. They also had another daughter who died in her infancy. He died on September 29, 1998. He was 80 years. His remains were buried at the Inglewood Park Cemetery.

The Thomas Bradley life story is typical of many other dream stories. Bradley came from a poor background. He was a grandson of former slaves. His parents were ordinary farm workers. He was later raised by a single mother. Everything seemed to be going against him. Bradley dared to dream. He rose to the highest rank an African American could have in the police department. He again dared to challenge a white incumbent mayor in a predominantly white city. His defeat created an avenue to forge ties with other racial identities.

Like every other person, Bradley had his human weaknesses. His later years as mayor left him with bitter racial ties, even with his black community.

To honor and remember his contribution several landmarks were named after him. One of them is the Bradley Terminal at the Los Angeles International Airport.