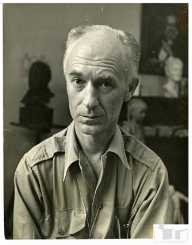 Ernest Taylor Pyle was an American journalist and a Pulitzer winner. Born on August 3, 1900, he was one of the famous correspondents during World War II. Pyle worked as a traveling correspondent and columnist for the Scripps-Howard newspaper chain.

His column syndicated in over 200 newspapers. His reports focused on rural towns in America and its inhabitants. He replicated the same style of reporting during World War II. Pyle died on the job by enemy fire on Iejima while reporting the Battle of Okinawa of the World War II.

Ernest Taylor Pyle was born on August 3, 1900, in Dana, Indiana, to Maria Taylor and William Clyde Pyle. He received early education in local schools until age 17 when he enlisted in the army. During World War I, he joined the US Navy Reserve, where he also served three months of active duty. He discharged at the rank of Petty Officer Third Class.

After his military, Ernest Pyle enrolled at the Indiana University to study journalism. While there, he served as an editor of the Indiana Daily Student newspaper. He dropped out of school to work with a newspaper in LaPorte, Indiana with just a semester to his graduation.

After spending three months Ernest Pyle worked with the newspaper, Pyle moved on to work with The Washington Daily News in Washington DC. Starting as a reporter, he later became a managing editor.

He was practically working at the desk every day, and that made him unhappy. Unsatisfied with the restrictions it had on his quest to explore and write Pyle left his job in 1926. In the next two years, he traveled with his wife across the US.

Success as a columnist

Ernest Pyle returned to his former work in 1928 and became the first and famous US aviation columnist. Pyle for the second time became managing editor of The Washington Daily News in 1932.

Filling in for a syndicated columnist, Heywood Broun, he started writing about his vacation in California and the interactions with the people. His column became an instant success, gaining popularity among readers.

In 1935, he resigned from The Washington Daily News to join Scripps-Howard Alliance as a national columnist. The position was an excellent opportunity to reach a higher number of people. Pyle traveled extensively to write about rural places and its people. Some of these columns were posthumously published in Home Country in 1947.

When the US formally entered World War II, Ernest Pyle served as a war correspondent. His style of reporting, from a perspective of a common soldier, gained much attention. He wrote about how these ordinary soldiers survived to fight in front-line. Soldiers were ever prepared to appear in his columns. His style of writing won him the Pulitzer Award for journalism. In 1944, he wrote a column asking for a "fight pay" for combating soldiers.

This resulted in the “The Ernie Pyle bill," a Congress passed a law that increased monthly pay of combat infantrymen by $10. He reported on war campaigns in North Africa, Italy, Sicily, and France. Popular among his war columns include “The Death of Captain Waskow.” His columns are compiled in the books, Here Is Your War, Ernie Pyle in England, Last Chapter, and Brave Men.

Ernie Pyle married Geraldine Elizabeth "Jerry" Siebolds on July 7, 1925. Their marriage was a difficult one with Jerry falling into alcoholism. She also spells of mental illness. They divorced in April 1942 and remarried by proxy on March 10, 1942.

On April 18, 1945, Ernest Pyle joined the US campaign on Iejima (then le Shima), an island in Okinawa. The next day, he was traveling in a jeep with Lt. Col. Joseph B. Coolidge, when the Japanese army launched a machine gun attack on the jeep. Pyle died instantly after a bullet entered his left temple under his helmet.

The soldiers buried him on the island and raised a monument raised at his burial site. The remains were moved to the Army cemetery on Okinawa and a later to the National Memorial Cemetery of the Pacific in Honolulu.

Ernest Taylor Pyle received the Purple Heart award in 1983. His coverage of the Italian campaign was the subject of the motion picture G.I Joe in 1945.