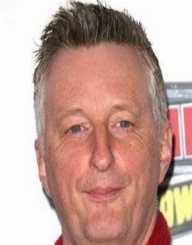 'sBilly Bragg was born on December 20th, in 1957. He is a well-known singer and a songwriter. His notable works include the hit singles such as “She’s Leaving Home” and “We Laughed.”

Billy Bragg was born Stephen William Bragg on December 20th, in 1957. His place of birth was in Barking, Essex. He is the son of Marie Victoria D'Urso and Dennis Frederick Austin Bragg. In 1976, his father passed away after battling with lung cancer. Also, his mother died in 2011.

Billy Bragg enrolled for his early education at Northbury Junior School. After this, he went ahead and enrolled at Park Modern Secondary School. Here, he did not perform well in his classes, and as a result, this prevented him from joining the university.

As a teenager, Billy Bragg's interest in music was influenced by the Rolling Stones, Small Faces and The Faces. Some of the individuals that pushed him to work hard in his music career were Bob Dylan and the rock duo called Simon & Garfunkel.

In 1977, Bragg decided to come up with his band called Riff Raff. His partner in the band was Wiggy. The following year, the two recorded a number of singles, but they did not perform well. Bragg’s band did not last long as the two went separate ways in 1980.

Following a failed attempt in the music industry. Bragg opted to join the military in 1981. He went through basic military training for three months. However, he resigned and returned home.

Shortly after, Billy Bragg was back in the music industry recording songs and performing in different gigs. His first top ten alba came in 1986 after releasing Talking with the Taxman About Poetry. He continued to record and release other albums such as Workers Playtime, Don't Try This at Home, William Bloke, Mermaid Avenue, and Mermaid Avenue Vol. II among others. The latter album was among those that were nominated for a Grammy award in 2000. This was in the category of Best Contemporary Folk.

Other albums that Bragg has released include The Internationale, England, Half English, Mr. Love & Justice, and Tooth & Nail.