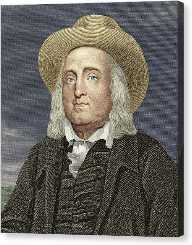 Jeremy Bentham was born on February 15th, 1748. He was a celebrated English philosopher, social reformer, and a jurist. He is to be credited for putting forward the theory of utilitarianism.

Jeremy Bentham was born on February 15th, in 1748. His place of birth was in Houndsditch in London. Bentham was born into a wealthy family. He was the son of Jeremy Bentham and Alicia Whitehorn Grove. His father was an attorney in the Court of Chancery. His mother was a deeply religious individual. Bentham’s father was her second husband. Bentham was the eldest son in a family of seven children. Sadly, five of his other siblings died while they were young. Similarly, his mother also passed away on January 6th, 1759.

Bentham and his younger brother were left under the care of their father. Growing up, Bentham demonstrated outstanding qualities. When he was still a child, he used to sit at his father’s desk and skim through English history. By the age of three, he had begun learning the Latin language. Soon, he was enrolled with Westminster.

Later, in 1760, his father took him to the Queen’s College located in Oxford. Nonetheless, Jeremy Bentham disliked the institution’s environment. He graduated from the school in 1763.

One of Jeremy Bentham's life ambitions was to come up with a utilitarian code of law. Throughout his entire career, he mostly pushed for social and legal reforms. Besides, he also went to the extent of expounding on certain moral principles that the reforms should be based on. The theory of utilitarianism was later regarded as one of his most remarkable philosophies put forward. According to this doctrine, actions are considered as right if they would be benefiting the majority.

From Bentham’s argument, he claimed that the idea of utilitarianism was coined from some of Joseph Priestley writings.

In the field of monetary economics, Jeremy Bentham had different ideologies as compared to David Ricardo’s. His opinions were however parallel to those of Henry Thornton. According to Bentham’s argument on creating full employment, he stressed on the idea of monetary expansion. Equally, Bentham showed some sense of awareness of the importance of forced savings, saving-investment relationship and the propensity to consume and other factors that form the basis to employment analysis and current income.

Jeremy Bentham was also credited with pushing for the codification of all universal laws into a consistent set of statutes. He was the first individual to come up with the verb ‘codify.’ From Bentham’s proposed definition, it was meant to signify the process of legal code drafting.

In a move to ensure that codification was adopted all over, Jeremy Bentham wrote to President James Madison in the year 1911. In his writing, he requested him to write a legal code that would govern the young country. Unfortunately, his codification efforts were not adopted as they were criticized by many. Hence, they were not approved.

With regards to privacy, Jeremy Bentham believed in the notion of transparency. He thought that openness bore a moral value. In journalism, for example, the aspect of transparency puts the leaders under ethical scrutiny. Bentham yearned for such openness to be felt by everyone.