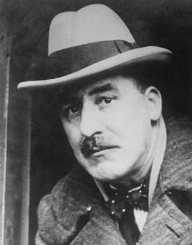 British archaeologist and Egyptologist Howard Carter was born on the 9 May 1874 in Kensington, London to Samuel Carter an artist,  and his wife, Martha Sands. He was one of 13 children. When he was an infant, he was sent to live with Swaffham, Norfolk with his extended family.  The reason for the separation from his immediate family was that Howard Carter was a sickly child and his health improved when he was away from the city.

Born into a middle-class family, Howard Carter was homeschooled and did not attend university. He showed artistic talent as a child, and his artist father taught him the fundamentals of drawing.

Howard Carter was first exposed to archaeology and artifacts when he accompanied his father to the home of William Amherst, the Egyptologist who lived at Didlington Hall in Norfolk.  It was Amherst who used his contacts to find him work on an Egyptian archaeological expedition. In 1891, as a 17-year-old, he was appointed an apprenticeship tracer and accompanied Percy Newberry as part of the Egypt Exploration Fund excavating El-Bersheh and Beni Hasan. The following year, Howard Carter was appointed as the artist on the Egyptian Exploration Fund’s expedition to Deir el Bahri. He had the opportunity to work for Flinders Petrie, a renowned Egyptologist.

In 1893 Howard Carter began working for Professor Naville at Deir el-Bahri on a project that lasted until 1893. He was appointed Inspector General of Monuments for Upper Egypt in 1899, a position he held until 1905. Between 1905 and 1907, he worked for Theodore Davis in the Valley of the Kings and during this time they unearthed the tombs of Thutmose I and Thutmose III in 1907.

The Discovery Of Tutankhamun’s Tomb

Howard Carter subsequently discovered the steps leading to the tomb on the 4 November 1922. On the 26 November 1922 the Antechamber and Annexe were viewed, and it was then that a sealed door to another room was discovered which led to the richest discovery in Egyptian archaeology, Tutankhamun's Tomb. In February 1923, the burial chamber and sarcophagus of Tutankhamun were opened. Lord Carnarvon and Howard Carter disagreed about the individual disposal rights of the contents of the tomb and the pair fell out.

Then in April 1923, Lord Carnarvon died from septicemia caused by a mosquito bite. A dispute between the French Director of Antiquities, Lord Carnarvon's widow and the Egyptian Government led Howard Carter to suspend work on the tomb, causing excavations to be put on hold (1924).  He wrote a book on the discovery (1923) and also visited the United States to lecture. After the Egyptian Government and Lord Carnarvon's estate agreed, he re-started work on the tomb, and it was reopened on the 25 January 1925. He continued this work until all the conservation work was done and in 1932, he returned home to England.

Howard Carter was married to Lady Elizabeth Howard who was a daughter of the 2nd Duke of Norfolk. He died at the age of 65 in London on the 2 March 1939.