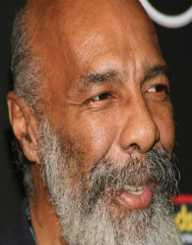 Richard Pierce “Richie” Havens was an American singer, songwriter, and a guitarist.

Richard Pierce “Richie” Havens was born on January 21, 1941, in Bedford-Stuyvesant neighborhood of Brooklyn. His father was an American ancestry and British West Indies from the mother side. Havens grandfather after marriage settled in Brooklyn.

Heavens at the age of 20, left Brooklyn to seeking creative inspiration in Greenwich village. Haven’s singles quickly gained popularity in other communities as well. He prepared two musicals for Douglas Records, he had a contract with Albert Grossman, prepared a label Verse Folkways (later Verve Forecast). Verve released a few tracks such as Mixed Bag in 1966.

He started his label, Stormy Forest and released Stonehenge in 1970. The song, Here Comes the Sun, written by George Harrison sang by Havens reached the Billboard’s Top 30 Chart. He issued a few more albums during the succeeding years.

He tried acting during the 1970s and performed in stage exhibition such as Othello, in the film Catch My Soul, in Greased Lightning in 1974.

Richie Havens concentrated his efforts in enlightening youths about environmental problems. He established Northwind Undersea Institute, a museum for children on City Island in The Bronx. This became an inspiration to start another establishment the Natural Guard to help children learn ecological problems and to think in the ways of making positive changes.

Havens in 1978, performed at the Benefit Concert for the Longest Walk, a walk from Alcatraz to Washington DC

He undertook a world tour during 1980 and 1990. At the same time, he released his albums. He scripted for NBC in 1982-83 a publicity motto entitled, We’re NBC, Watch Us Now. And similarly, for CBS and ABC, Coca-Cola, Maxwell House Coffee. He featured at the UK’s Glastonbury Festival.

During the 2000s, He turned his attention to Electronic music with Groove Armada. In 2008, He inaugurated the Cannes Film Festival. He sang “Freedom” on being requested by the president, Sean Penn. He sang at the London Ontario, Blues Festival in July 2008. Havens also announced two more new studio albums.

In 2009, Richie Havens featured in the film, Soundtrack for a Revolution dealing with the Civil Rights Movements where he sang a moving song. A benefit show to get funds was arranged by Haven in honor of Pete Seeger’s 90th birthday, in 2009. Havens performed in many other festivals in New Jersey, Pennsylvania.

He was initiated into Long Island Music Hall of Fame in 2006.

Havens published his memoir ‘They Can’t Hide Us Anymore’ in 2000.

Havens had a procedure done for kidney problems in 2010, but the recovery was not satisfactory. In 2012, He made known his intentions to retire for health reasons.

He suffered a heart attack on 22nd April 2013 and passed away at his home in Jersey City, New Jersey at the age of 72.

Havens' ashes were airdropped over the site of Woodstock Festival as per his desire. He is described as a great personality in music in many condolence messages received.