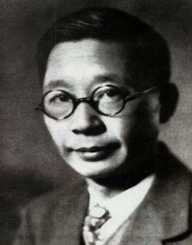 A life-threatening disease called Cancer took one of our most treasured persons in the world. Ba Jin called it quits at hundred years of age, but we all thank the heavens for granting us a literary giant. He was the only surviving and chronicled writer of the 20th-century.He inspired the young and the old in a wide array of social and political movements. He rose to fame in 1931 when he wrote a novel titled Family. It is a one of a kind piece of fiction that illustrates his childhood life.

In 1988 he published another book titled selected works of Ba Jin. Before death came to close his eyes, Jin published over 15 short stories, 20 novels, and tons of non-fiction works. Not to mention he loved to write letters and memoirs, including his biography that was published in 2008. In 1983 he was appointed as the Chairman of the Chinese Writer’s Association.

Ba Jin was born as Li Yaotang on 25th, November 1904 in Chengdu, China. At his teenage years, he changed his name to Li Feigan. In the mid of 1920s Ba Jin went to study in Nanjing and Shanghai where he took his early education. In 1927 he moved to France where he studied for a year. However, it isn’t clear if he went to France with the aim of pursuing his writing career. According to sources, he loved to read and write. In the process, he wrote and published his first novel in 1929 titled Miewand or Destruction. His first book brought him nothing else than outstanding results and reviews. This is what led to his pseudonym name called Ba Jin.

Ba Jin came to inspire the young and the old, all thanks to his writings and introduction of short stories. He was second to none due to his influence in the literary world. Early in the 1930s, Ba Jin’s name led the Chinese journals timelines and columns. In the process, he developed an out of the global skill that made him present his political and social messages with confidence. This is seen in one of his latest short story titled Dog. The book explains how Chinese citizens were handled during the WWII.

Before the Communist came to overrule China, Jin released his last novel, called as Cold Nights in 1947.It is still regarded as one of the most graphic books of all times. It illustrates and explores the real trials and tests that young people undergo on their daily lives. Jin didn't forget to mention that illness, disapproval, and poverty decreased the rate of young generation.

In the course of the Marxist establishment, Ba Jin wasn’t left behind. He came up with a new plan and regime that strengthened his native land. He conveyed a number of messages that made him part of a Communist Party known as a united cultural front.

Instead of introducing new works and writings, he spent the rest of his middle-age years editing and referencing his books. He managed to collect several collections where he published the latest or standard editions. After the end of the Cultural Revolution, Ba Jin realized that he had more time in his hands. It was then that he got a seat as the chairman of the Writer’s Union.

Early in 1980s Ba Jin managed to write several essays in Chinese that were later published in English in 1984.The pieces explained the torture that the Chinese people underwent before the need of Cultural Revolution. He also suggested that China wouldn’t mind having a museum that will make them acknowledge the Cultural Revolution.

Ba Jin aka ‘The Grand Old Man’ battled with cancer for an extended period. It came to a point where the Chinese government kept him safe for him to receive a Noble Prize for Literature. Unfortunately, he breathed his last on 17th, October 2005 in Shanghai China. He tied a nuptial knot with Xiao Shan who passed away in 1972. The couple had two children: Li Xiaolin and Li Xiaotang. There is one thing that Ba Jin left and will never be replaced by any other aspiring writer was his silence.