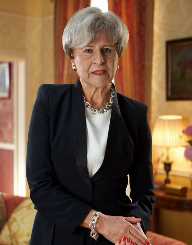 Tracey Ullman is the perfect description of versatility. She is an English actress, comedian, singer, dancer, producer author, screenwriter, and businesswoman.

Since she hit the television screens in her first appearance in The Tracy Ullman show, she has continued to wax strong and soar higher in her career. A genuine wonder woman. Let us get to know more of her.

Tracey Ullman was born on the 30th of December, 1959 in Slough, Buckinghamshire, England. She is the second of two daughters born to Dorin and Anthony John Ullman. Her father was of Polish descent and served in the Polish army, while her mother was British, but with a Roman ancestry. Tracey lost her dad at the age of six. He died of a massive heart attack while he read to her.

Her mother struggled to make ends meet after the demise of her father as she had to do different kinds of odd jobs to fend for herself and her daughters. This made Tracey, her sister, and their mother move from place to place and these experiences coupled with Tracey's keen observance of people, and her mother's sense of humor did have an impact on her career path.

At times when her mother slipped into a state of depression, Tracey and her sister would perform a night variety show to cheer her up. The show normally involved Tracey mimicking their family members, neighbors, and celebrities.

Dorin however remarried and this affected Tracey. Her step-dad apart from being an alcoholic and violent, brought with him a son, who always stole. The house became filled with episodes of alcoholism and domestic violence.

Tracey Ullman went on to bag a scholarship to a Performing Arts school at the age of twelve. The unfavorable treatment being received at school made her spend most of her school hours at pubs rather than in class.

She would later leave school to chase a dance career in Berlin, at the age of sixteen. She would go on to perform in many dance troupes in London West End such as Elvis the Musical, Grease, and The Rocky Arrow show.

Tracey Ullman first appeared on British television in Sketch comedy shows such as A Kick Up the Eighties, and Three of a Kind. She also appeared in Girls on Top. On getting to the United States, she would go on to star in her show,

The Tracey Ullman Show. The show ran from 1987 to 1990. Her production career saw her produce programs for  HBO, including the award-winning Tracey Takes On. She also produced a Sketch Comedy series called Tracey Ullman's State of the Union and also appeared in several feature films.

Her return to Britain in 2016 saw her Sketch comedy show, Tracey Ullman Show hit the airwaves on BBC. She thus became the first British woman to have her television sketch show in the United States and the United Kingdom.

Tracey Ullman also had a music career, short at best. She ventured into music with reservations from her future husband, Allan Mckeown. She recorded her debut album; You Broke My heart in 17 Places. The album was released in 1983. She released her final hit in 1984. It was titled Sunglasses. She quit the music scene after an encounter with a T.V host in Germany.

Her Television career began since she was seventeen and she never looked back from then on. Her performance in A Kick Up the Eighties impressed the BBC a whole lot, and they offered to have a show after her.

Tracey Ullman is a natural born award winner. She has a whole truckload of awards and recognition amassed over time. She has been nominated twenty-four times for the Emmy Awards, winning it seven times. She has also been a recipient of the American Comedy Awards a total of twelve times.

She is a two-time recipient of the BAFTA awards, one being a lifetime achievement awards won in 2009, and a three-time recipient of the Cable Ace Awards. She has one Golden Globe award to her name as well. It does not stop there. Tracey has also won the Satellite Awards twice, The Critic's Circle Theater Award once, and is also a two-time awardee of the Theatre World Awards.

Tracey Ullman has also won the Screen Actors Guild awards a total of two times. She was recognized by the Museum of Television and Radio in 2006, in the She Made It category. She also holds a recognition award from Women in Film. She is a star.

Tracey Ullman got married to Allan Mckeown in 1993 and they gave birth to two children, Mabel and Johnny. Allan died of prostate cancer on the 24th of December, 2014, just three days before their 30th wedding anniversary.

Her mother, Dorin also lost her life to a fire accident at her flat. The sad incident occurred on the 23rd of March, 2015.

Tracey Ullman holds dual citizenship of The United States of America and Britain. She has an estimated asset of about £80 million, making her the wealthiest British Female actress and comedian. She is top notch.

Tracey Ullman enjoys knitting so much that she even had the time to co-author a book on knitting book titled knit two together: Patterns and Stories for Serious Knitting fun. But one will be right to argue that her true hobby lies in the screen.

Tracey Ullman remains committed to her work and is a perfect example that handwork and determination will always pay off. We must never give up in the search for the attainment of our goals, no matter where we find ourselves, our gender or our religion. We all have the right to be the best.