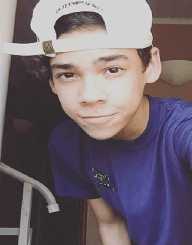 Desmond English was born on August 8, 1993, in Atlanta, Georgia, USA. He also has a sister than is famous online, who goes by the username MightyNeicy.

Desmond English has claimed his fame with the use of social media. One of the websites he is most popular on is YouTube. He joined this site in 2014. On his main YouTube channel, MightyDuck, he has over 750,000 subscribers. He is best known for his pranking videos. When he is not filming pranking videos, he is making his subscribers laugh with his other comedic videos. Desmond English also knows how to put a funny spin on videos that aren’t always supposed to be funny. One common YouTube trend that Desmond has become a part of is trying the many challenges that circulate YouTube. A common contributor to his channel is his wife, Elizabeth.

Desmond English also has gained a fair amount of fame from his Vine account. On this website/app, Viners (people who use Vine) film videos that can only be six seconds long. It took Desmond some time to get used to this short time and to find his Vine-specific comedic voice, but once he learned how to work with the app, he started to gain fans like crazy with his hilarious videos.  Even though he doesn't have a lot of time to work on these videos, he still finds time to squeeze in a six-second prank every now and again. Some common targets of his pranks are his wife and sister. As of early 2017, he has almost 3 million followers on Vine.

Desmond English is also not afraid to share his channel. He has been known to collaborate with many other famous Viners, such as Chaz Williams and Head Capone. He also goes by the name MightyDuck on his Vine channel.

YouTube and Vine aren’t the only social media websites that Desmond English works on. He also has a high fan count on both the picture and video sharing website/app, Instagram. On this social media platform, he already has more than one million fans. He also has a Twitter account, which has over 25 thousand followers.

Desmond English is married to Elizabeth Kim. The two had been dating until high school, and their videos show that they are more in love than ever before. Elizabeth is also a social media sensation. The two often appear in each other’s videos. The couple also has a young son named Channing. Much of Channing’s life has been documented in this couple’s videos, beginning on the day he was born. Both Elizabeth and Desmond also collaborated with Desmond’s sister in their videos.