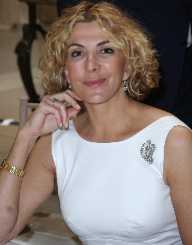 Richardson’s parents divorced in 1967. She featured in a film at the age of four; The Charge of the Light Brigade guided by her father.

Richardson studied at Lycee Francis Charles de Gaulle in South Kensington, London and at St Paul’s Girls School in Hammersmith London. She then studied at the Central School of Speech and Drama.

Richardson started her career in a local theatre at West Yorkshire Playhouse in Leeds and at an open air theatre in London. She featured in A Midsummer Night’s Dream along with Ralph Fiennes and Richard Grant. Her premiere in 1985 was in The Seagull by Anton Chekhov. She then acted in High Society an adaptation of the Cole Porter film. In 1993 she featured as Anna Christie and met her would be husband Liam Neeson. Her next role as Sally Bowles in Cabaret won the Tony Award for Best Actress in a Musical. Richardson was nominated for the Drama Desk Award for Outstanding Featured Actress in a Play for her role in Closer. Richardson appeared in A Streetcar Named Desire in 2005 opposite John C, Reilly as Stanley Kowalski. In 2009, Richardson featured as Desiree in A Little Night Music with her mother Vanessa Redgrave who played Mme.Armfeldt.

Richardson in 1984, appeared in her first accredited screen presence in Every Picture Tells A Story, the life of a painter. In 1986, she featured as Mary Shelly in Gothic. In 1987, Richardson featured with Kenneth Branagh and Colin Firth in A Month in the Country, guided by Pat O’Connor. Richardson played the title role in Patty Hearst in 1988. Richardson won the 1990 Evening Standard British Film Award for Best Actress for her acting in The Handmaid’s Strangers. In 1991, Richardson featured in The Favour, the Watch, and the Very Big Fish.

Richardson achieved the Best Actress award at the 1994 Karlovy Vary International Film Festival for Widows’ Perak. During the years that follow, Richardson featured in a number of films. The last appearance of Richardson was as a headmistress of a school for girls in 2008 in Wild Child.

Richardson in 2009, appeared ‘off-screen’ as wife of mountaineer George Mallory in the 1924 Mount Everest expedition.

Richardson married a film maker, Robert Fox in 1990 and divorced in 1992. She married an actor Liam Neeson in 1994 and lived near Millbrook, New York. Richardson acquired the American Citizenship also.

Richardson has two sons with Neeson. Micheal was born in 1995 and Daniel in 1996.

Richardson’s father had died of AIDS in 1991. Richardson assisted in collecting millions of dollars to fight the AIDS. Richardson was a member of The Foundation for AIDS Research and was active in many AIDS charities. (AmfAR)

Richardson met with an accident on 16th March 2009 while teaching a trainee in skiing at Mont Tremblant Resort. Richardson was admitted to Lenox Hill Hospital in New York. She breather last on March 18, 2009, of epidural hematoma. Theatre lights were reduced in New York and London theatres as mark of respect for Richardson.

Richardson was buried near her maternal grandmother Rachel Kempson.