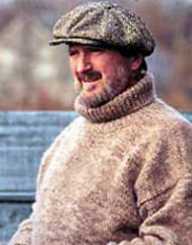 Dennis Doherty is a Canadian musical artist and is well-remembered as one of the founding members of the vocal quartet called  The Mamas & Papas that received widespread recognition during the 1960s.

He was married twice in his life, of which his short-lived first marriage brought forth a daughter named Jessica. He was married a second time to a woman named Jean and bore him a daughter named Emberly and a son named John. His son, later on, became a member of illScarlet, a ska/punk band based in Canada for a little while.

Dennis Doherty died at the age of 66 due to kidney failure on January 19, 2007, in his Mississauga home in Ontario, Canada. His remains lie on his birthplace of Nova Scotia, at the Gate of Heaven Cemetery in Lower Sackville.

Dennis Doherty was born on November 29, 1940, as Dennis Gerard Stephen Doherty in Halifax, Canada. He was the youngest of five children and grew up in a Catholic household with a housewife mother and a dockworker father. At the age of 16, Doherty along with his friends namely Mike O'Connell, Richard Sheehan, and Eddie Thibodeau decided to pursue a career in music in 1956 and founded the band called the Hepsters. The Hepsters activity was short-lived, and the band disbanded two years later in 1958.

He tried again for another chance in music in 1960 when he, along with Richard Byrne and Pat LaCroix founded The Colonials while still situated in Halifax. The band was soon discovered and signed by Columbia Records where they changed the band's name to The Halifax III. The band released the relative hit The Man Who Wouldn't Sing Along and two other LPs before they disbanded in 1963 while in Los Angeles.


The Mamas & the Papas' Formation

Before joining The Mamas & the Papas, Dennis Doherty went and joined a few other musical acts that flopped after a short while. While he was still in The Halifax III, he met John Phillips and his wife Michelle Gilliam who was his future co-members. The band came to formation when Phillips established a new band in 1965 and Doherty filled in for a member who quit to pursue a different career. Initially, the band was named as The Magic Cyrcle but later changed to their known names upon signing a contract with Dunhill Records. They released their debut album entitled If You Can Believe Your Eyes and Ears the same year in 1965.

The following year, the group kicked out Gilliams for having an affair with Dennis Doherty but was reinstated shortly after two months due to fan demands. While she was out of the band, Jill Gibson took her place in the short duration she was gone. On Gilliams' return, they continued recording their self-titled second album in 1966. Doherty continued being a member of the band until its disbandment in 1968.

After the disbandment, Dennis Doherty pursued a solo career and released a few LPs more notable among them is his 1971 release of Watcha Gonna Do? and Waiting for a Song which was released in 1974. He joined the group's reunion in 1982 which later on inspired Dream A Little Dream, an off-Broadway performance based on the band's history.

Aside from his participation in the music industry, he also did his fair share of exposure in local television. In 1993, he lent his voice in the CBC TV's children show Theodore Tugboat and acted in CBC's Pit Pony series as Charley McGinnis in 1999. His last TV appearance was on Trailer Park Boys' 7th Season of which the filming was wrapped up shortly before his death in 2007 from kidney failure.