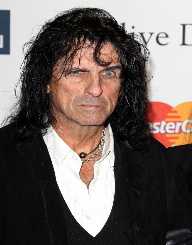 American rock singer, songwriter, and actor Alice Cooper was born Vincent Damon Furnier on February 4, 1948, in Detroit, Michigan to Ella Mae and Ether Moroni Furnier. His father was a pastor in The Church of Jesus Christ (Bickertonite).

Alice Cooper started receiving his education at Washington Elementary School and after that from Nankin Mills Jr. High School while being raised in Detroit. Due to the outbreak of some serious childhood diseases in Detroit, his family left Detroit and moved to Phoenix, Arizona. He attended Cortez High School in his new hometown. After completing his high school graduation, he secured his Bachelor of Fine Arts degree from the Glendale Community College, California, USA.

Alice Cooper developed an early passion for music and formed his first rock band ‘Earwigs’ while still studying in high school. The band was later renamed ‘The Spiders.’ They used to sing songs of the famous bands like ‘The Beatles,’ ‘The Rolling Stones’ and their favourite ‘The Who.’ The band eventually settled on the name ‘Alice Cooper’ before once renaming it ‘The Nazz.’

The original band was formed with five members including Furnier himself. They tried to imitate The Beatles in their appearance including the costumes as well as the songs they performed. Changing some words here and there they performed several parodies of Beatles songs. In their group of five, only Glen Buxton knew how to play the guitar, and the rest of the team just mimed on their instruments. Still, the band achieved popularity and won a talent show.

Encouraged by the success, they procured some musical instruments from a local pawn shop and proceeded to learn to play the instruments correctly. In 1965, Furnier’s band, then known as The Spiders, recorded their first single, “Why Don't You Love Me." The Blackwells performed the song. Their second single "Don't Blow Your Mind" was released in 1966. It was an original composition and became a local #1 hit. They started making regular road trips the following year to Los Angeles to play shows. The band released the single "Wonder Who's Lovin' Her Now" after renaming their band The Nazz.

By late 1967, they were relocated to Los Angeles. In 1968, the band finally changed its name to Alice Cooper, and Furnier himself adopted the band name as his stage name. The performing members of the group were gradually replaced with more competent musicians. The final core team of the band Alice Cooper consisted of lead guitarist Glen Buxton, Michael Bruce on rhythm guitar, Dennis Dunaway on bass guitar, Neal Smith as the drummer and Vincent Damon Furnier himself as the lead vocalist and the harmonica player.

In 1969, the original Alice Cooper band released its first album ‘Pretties for you’. It was followed up by the second album ‘Easy Action,’ which was released a year later. Composer and renowned record producer Frank Zappa signed Alice Cooper for a three-album contract for his new record label Straight Records. Zappa was particularly impressed by the passion of the band to perform at an unearthly hour for the intended audition in front of him.

They moved to Detroit after the release of their two albums and were signed by the Warner Bros. In the autumn of 1970, Alice Cooper came out with their third album ‘Love It to Death,’ after teaming up with producer Bob Ezrin. It was their final album with Straight Records and their last chance to create a hit. The first single from the album, "I'm Eighteen" was released in November 1970 and was able to reach No. 21 on the Billboard Hot 100 during early 1971.

Warner Bros. Records purchased Alice Cooper's contract from Straight Records soon after the release of the album which resulted in a definitive boost in the level of its promotion. ‘Love it to Death’ happened to be their breakthrough album. It reached number 35 on the U.S. Billboard 200 album charts. It was the first of their next eleven albums produced by the band and solo by Alice Cooper himself, which was produced by Ezrin.

Alice Cooper soon developed his unique shock rock style of music presentation with his raspy voice, androgynous style of stage show featuring guillotines, electric chairs, fake blood, deadly snakes, baby dolls, boa constrictors and dueling swords. Their next album ‘Killer’ was released in late 1971 and was able to carry forward the huge commercial success of ‘Love it to Death.’ The band released the single "School's Out" in the summer of 1972. In the USA, it hit the top 10 position and rose to the No. 1 position in the United Kingdom. The album ‘School's Out’ sold a million copies in the US and reached No.2 on the US charts.

The success of Alice Cooper continued in their successive albums including "Billion Dollar Babies" and "Muscle of Love." ”Billion Dollar Babies” was released in February 1973 and became the band's most commercially successful album reaching the No. 1 position in both USA and the UK. "Muscle of Love" was released at the end of 1973 and it contained Alice Cooper’s last UK Top 20 single of the 1970s, “Teenage Lament ‘74”.

The band also ventured into movies making their presence felt in the film ‘Diary of a Mad Housewife’ (1970). The band featured in their own theatrically released documentary ‘Good to See You Again, Alice Cooper’ (1974).

In 1975, the band Alice Cooper finally broke up. The lead singer of the band Furnier himself legally changed his name to Alice Cooper and started performing solo under the name ever since. The rest of the band members formed another band in the name of Billion Dollar Babies. Alice Cooper released his first solo album ‘Welcome to My Nightmare’ in 1975 followed by ‘Alice Cooper Goes to Hell’ a year later. Both the albums garnered critical acclaim and achieved commercial success.

In 1977, Alice Cooper hospitalized himself in a sanitarium for treatment of his excessive alcoholism. He came out of the sanitarium a little sober and co-wrote his semi-autobiographical album ‘From the Inside.’

Alice Cooper had a few romantic link-ups before his first marriage. He married ballerina instructor and choreographer Sheryl Goddard on March 20, 1976. At the height of Cooper’s alcoholism, Goddard filed for divorce. However, the couple later reconciled and remained together ever since. They were blessed with three children, daughter Calico Cooper (born 1981), son Dash (born 1985) and daughter Sonora Rose (born 1993).