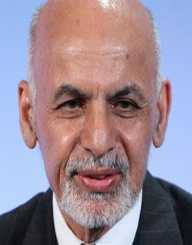 As a teenager, Ashraf Ghani attended Habibia High School. After high school, he attended the American University in Beirut. There, he earned a bachelor’s degree in anthropology in 1973. After receiving this degree, he took a few years off from school to work (teaching at Kabul University). He later returned to school after earning a scholarship that allowed him to continue studying anthropology at Columbia University. He graduated with a master’s degree in 1977. He graduated from Columbia University in 1982 with a doctorate in anthropology.

The year after Ashraf Ghani graduated for the last time, Gandhi began teaching at the University of California, Berkeley. At the same time, he also began teaching the John Hopkins University, where he stayed until 1991.

While still working with the World Bank, Ashraf Ghani was also continued his education by attending business classes in the Harvard-INSEAD and Stanford training program.

Ashraf Ghani first got into politics in 2001, while he was still working for the World Bank. It was in this year that he started working as an advisor to the Ambassador Lakhdar Brahimi.

In 2002, he took a pro bono job as the advisor to Afghanistan’s then-president, Hamid Karzai. Later in the same year, he earned a new position as the Finance Minister of Afghanistan. While working here, his primary goal was to lower government spending by cutting down on what the government. He also helped the government to issue a new currency.

In 2004, Ashraf Ghani became the chancellor of Kabul University. Even though this was not a direct government job, he still worked alongside the government. The next year, he got a job in which he had to write speeches and attend government meetings. During this time, he met with several prominent members of the UN.

In 2009, Ghani decided to step it up a notch to get as involved in politics as possible. It was in this year that he first ran for president of Afghanistan. However, he only earned 3% of the votes in this year. Even though he did not win, he didn’t give up on his political aspirations. He worked harder, hoping to have a higher percentage of votes in the next election.

For the next couple of years, Ashraf Ghani made it known that if he ever became president, he would work hard to lower poverty, increase job availability, and generally improve the economy of Afghanistan. In 2014, he got the opportunity to run for president again. The election was abnormal. Ghani was in the top two, as was Abdullah Abdullah.

Election fraud was suspected, and so counting the votes took longer than usual. After months of waiting, it was declared that Ghani won over 50% of the votes. Later in the same year, Ashraf Ghani was finally sworn in as the president of Afghanistan. Abdullah Abdullah then became the Prime Minister of Afghanistan.

Ashraf Ghani is married to Rula Sadde. His wife also goes by the name Bibi Gul. Together, they have two children: Miriam and Tariq.