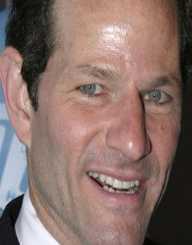 Eliot Laurence Spitzer was born 10th June 1959, to Bernard and Anne Spitzer. He was born in New York City, New York, in the United States. Spitzer was born into a wealthy family with two older siblings. His father was a successful realtor, his mother, a professor of English literature.

After graduation, Eliot Spitzer went to work as a clerk for Judge Robert W. Sweet of the U.S. District Court for the Southern District of New York, and from there he went to a private firm. Less than two years later, he joined the office of the New York County District Attorney.

In 1986, Spitzer worked as part of the staff for Robert M. Morgenthau, Manhattan District Attorney. He specialized in organized crime and was the catalyst for bringing down the Gambino crime family’s control of the local trucking and garment industries. Spitzer left in 1992 and returned to a private firm. Over the next six years he worked for two firms, the first was Skadden, Arps, Slate, Meagher &Flom, the second was Constantine and Partners.

In 1994, Eliot Spitzer announced he would run as a Democratic candidate for the position of New York State Attorney General. Relatively unknown at the time, Spitzer wasn’t successful. He did, though, announce that he would run again in 1998, and this time he won. He was also re-elected in 2002.

Up until Spitzer took office, Attorney Generals were generally low-profile and mostly dealt with cases involving consumer rights. Spitzer gave the office a much higher profile by not only dealing with civil cases, but by prosecuting white-collar criminal cases as well. The New York Attorney General has greater powers than normal in this area, and Spitzer made the most of it while in office.

In December 2004, Eliot Spitzer announced he would seek the Democratic nomination for Governor of New York. As the election wasn’t until 2006, Spitzer had allowed himself plenty of time to get support and work on his campaign. Spitzer and his running-mate, David Paterson, won the party’s endorsement in May 2006, and in November 2006, Spitzer was elected to the position of Governor of New York.

Spitzer ran on the platform of bringing reform but before long he ran into opposition from the state legislature who didn’t like him trying to “bypass” their authority. Apart from not being able to hire key personnel due to the state legislature, Spitzer was also unable to get his complete budget through in 2007. Before long, the budget became a deficit, and it was expected to be more than $4 billion in the first year.

On top of the budget deficit, the state payroll increased which added to the problem.By the end of 2007, New York State had more job losses than any other state. In April 2007, Spitzer tried to get a bill through to legalize same-sex marriage in New York. The bill passed the State Assembly, but the State Senate denied it.

In September 2007, Eliot Spitzer issued a directive that state offices issue driver’s licenses to illegal immigrants. He had a meeting with the Department of Homeland Security soon after,and he then changed his plan, so the licenses would look different to normal licenses. The State Senate opposed his plan. Spitzer revised his plan yet again as to how the licenses would look, but he then abandoned the plan all together.

Towards the end of 2007, Spitzer’s approval rating was in decline and continued its downward spiral.

In March 2008, the media reported that Eliot Spitzer had been frequenting a high-end escort service. It came to light that Spitzer had several meetings with women from the agency over several months. It was alleged that he had spent around $80,000 over several years, from when he was Attorney General, through to becoming Governor.

The reason Spitzer was caught, was due to his bank reporting what it deemed to be suspicious transfers under the anti-money laundering laws in the Bank Secrecy Act and the Patriot Act. Almost immediately, Spitzer announced his resignation from the position of Governor. His offsider, Paterson, took over as Governor and served out the remaining two years of Spitzer’s term.

In September 2009, Eliot Spitzer became an adjunct instructor in political sciences at the City College of New York. He also made regular appearances in the media, including a regular column in Slate magazine, and became a regular on the speaking circuit. Spitzer made several appearances on television. Some of the shows included Real Time with Bill Maher, and substitute anchoring on MSNBC. He joined CNN for several months, but then in 2012 he went to Current TV and hosted his own show, Viewpoint with Eliot Spitzer.

In July 2013, Spitzer decided to run for New York City Comptroller. Although he got more than enough signatures, he was defeated in the primary in September 2013.

In February 2016, a Russian woman by the name of Svetlana Travis-Zakharova accused Eliot Spitzer of assaulting her at the Plaza Hotel. Spitzer was investigated by the police, but soon after Travis-Zakharova recanted her accusations. It turned out that Travis-Zakharova became a suspect and when she returned to New York in October that year, she was arrested upon landing. She was charged with grand larceny by extortion and was also investigated for prostitution.

She was then charged with forgery and identity theft in relation to a different incident.

Eliot Spitzer's father died in 2014. Spitzer had avoided the family real estate business up until that time, but with his political career finished, Spitzer took over the family business.

In 1987, Eliot Spitzer married Silda Wall. The couple had three daughters together but divorced at the end of 2013.