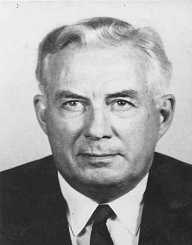 Warren E. Burger was the 15th Chief Justice of America. His term was longer than any other judge in the 20th century, and it was filled with remarkable decisions that dealt with issues such as abortion and capital punishment.

Warren E. Burger brought about several reforms in the judicial process of the country and stressed proper training of lawyers and judges. Under him, the Supreme court of America became fully computerized – the first one in the history of the world. Burger was also a candidate for the post of the Vice President in 1973. He served for nearly 17 years as the Chief Justice of the United States.

Warren Burger was born on September 17, 1907. His birthplace is Saint Paul, Minnesota. His star sign was Virgo. Burger’s parents Charles Jospeh Burger and Katherine Burger were Swiss-German immigrants. They had seven children – Burger was their fourth child. Charles was a salesman who struggled to meet the needs of a large family. And so young Warren sold newspapers to support his father.

Warren E. Burger went to the John A. Johnson High School from where he passed in 1925. He was an extremely active student – both in academics and sports. His articles were published in local newspapers. To support the needs of his higher education, Burger worked as an insurance agent and attended night classes at the University of Minnesota. He was very interested in Politics and Law and earned his law degree from the St. Paul College of Law in 1931.

Warren E. Burger started his career at a law firm dealing with civil cases. Eventually, he moved into politics as a Republican. Youthful and energetic, Burger campaigned for Harold Stassen during the governor elections from 1938 to 1942.  In 1952, he became the Assistant Attorney General with nearly 200 lawyers under him. He was working for Dwight Eisenhower who became the President.  This was the platform from where Burger could successfully launch his career.

Four years later, Warren E. Burger was promoted and served at the U.S. Courts of Appeal for the Columbia district. In 1969, after 13 years of hard and sincere work, Burger was nominated to be the 15th Chief Justice of the U.S. Burger gave some revolutionary decisions regarding social reforms making laws against racial practices in schools stricter.

Although President Nixon nominated Warren E. Burger, he wasn’t influenced by politics. He was instrumental in terminating the death penalty laws in the country. However, looking at the nature of the crime, he made death penalties legal again for the rarest and most heinous crimes. (Gregg vs. Georgia case).

In 1973, Warren E. Burger granted women the right to abortions – a case that was highly controversial. He was also behind the resignation of President Nixon declaring him guilty after the 1974 Watergate recordings came into light.

Warren E. Burger championed the cause of other lawyers and judges leading to an increase in their salaries and benefits. He served as the Chief Justice of the US for nearly 17 years and retired in 1986. After that, he became the Chancellor of the College of William and Mary.

Warren E. Burger was also presented with the Sylvanus Thayer Award from the United States Military Academy in 1988. In the same year, he was honored with the Presidential Medal of Freedom.