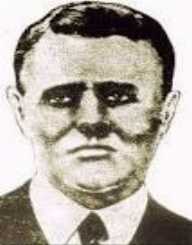 Andrew Philip Kehoe was a large scale farmer in Michigan. His duties also included being treasurer in the community school board. He is known for committing one of the most devastating mass murders in the US.

Andrew Kehoe's parents were Phillip and Mary Kehoe. Born on February 1, 1872, he was among the youngest of his 13 siblings. He attended Tecumseh High School. Later he joined Michigan State University, where he graduated in electrical engineering. With his degree, he went to work in Missouri as an electrician. In 1911, Andrew suffered head injuries after a fall. After being in a coma for two weeks, he returned to his father. He found his father remarried after his mother’s death.

Andrew Kehoe was married to Ellen Price in 1912. The couple met at Michigan State University as students. Seven years later in 1919, the couple bought land from Ellen’s aunt. The 185 acre land in Bath cost them USD 12,000. The couple stayed together until the fatal disaster Andrew Kehoe committed.

Andrew Kehoe was brilliant and a sharp dresser. The neighbors noticed his frequent change of clothes in a day. Kehoe was focused on everything he did. On his farm, he tried many farming techniques.

Using his tractor, he would mount several mowers to the tractors. This was a new thing for the farmers of his days. When things did not work, he would stay back to think of a way out. This led to him spending much of his time on experiments.

His attitude made him impatient with people. He had no time for those who did not agree with him. Earlier in life, he watched his stepmother burn before trying to help. A stove exploded on his stepmother, and flames engulfed her. Andrew Kehoe watched her burn before pouring water on her. The stepmother later died from the burn injuries. On the farm, he was very cruel to his livestock. He is said to have beaten his horse to death.

Andrew Kehoe was a straightforward man. This had him elected to the Bath School board in 1924. He served as the treasurer. He later got elected as the Bath Town Clerk.

Two years after serving as a Town clerk, Andrew Kehoe lost the nomination. This angered him very much. Ellen’s tuberculosis illness had drained the financial status of the family. Kehoe was about to lose his farm due to debts. He blamed his troubles on a levy tax which he had vehemently fought against and lost.

In May 1927, Andrew Kehoe decided to take his revenge on the Bath community. As an electrician, he had access to the plan of the town buildings. He used this to execute his planting of explosives in the Bath school carefully. On the 18 May, Kehoe killed his wife and burned his entire farm. As neighbors rushed to help on his farm, Kehoe left for the Bath Consolidated School.

With most of the adults rushing to his farm, the school was left with a few staff. Andrew Kehoe then detonated the explosives in the school. Kehoe blocked rescuers to the school. School Superintendent Huyck tried to wrestle him. In the struggle, Kehoe exploded the truck. The explosion killed Huyck, Kehoe and several other people.

Detectives found 750 kilograms of explosives in the school. They had been planted in the south wing basement of the school. The remote detonator had not worked. On his farm, a poster on his gate read “CRIMINALS ARE MADE, NOT BORN.” A statement was meaning that he was driven to the crime by the society.

In the mass murder, Andrew Kehoe killed his wife, 38 school children, five adults, and himself. It also left 58 people injured. Most of the dead children were between 7 and 12 years of age.

The American Red Cross coordinated the relief efforts to help the victims. Donations were given to the victim's families for burials. The injured had their hospital bills paid.

In the inquiry that followed, the jury concluded that Andrew Kehoe was the mastermind of the act. He planned and executed the mass murders in the community.

Life will always bring twists. Andrew Kehoe was so consumed with anger for his woes. If he had sought help, the disaster would have been averted.