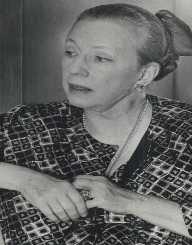 Hailing as an American choreographer and a ballet dancer, Agnes de Mille was not only defined as a triumphant woman but also a one of a kind. As a proud feminist, Agnes gave it all when it came to ballet dancing. Her journey started when she stepped her foot on ancient theater. With a fervent heart, she introduced advanced dancing moves that brought forth interesting films like Bloomer Girl and Oklahoma. Subsequently, she managed to choreograph over 21 ballets and 20 musicals. Some of her incredible works include The Art of Ballet as well as The Art of Choreography films that were televised in 1956.Her love for art and dance made her garner countable of awards, recognition and honoraria’s including Kennedy Center Honors. Read on.

Agnes de Mille was highly known as an honorable and a noblewoman who possessed a heartwarming soul wherever she went. She hated disgrace Just as much as she loved to deal with different projects. This was in regards to his unique style of dancing and choreography skills.She had nothing to lose but close to her heart was an enthusiastic model that personified an envied image. She felt best when she was close to making her dreams indelible. Above all, Agnes loved to make the perfect move that won’t come to tear apart her talent. Determination and perseverance was her cup of tea. So, it wasn’t difficult for her to choose her up-skill talent. De Mille always yearned to inspire others and to work hard, and accuracy was nothing but her end goal.

On September 18th, 1905 Agnes George de Mille was first seen in the world in New York City, UnitedStates. Her father, William Churchill de Mille served as a playwright while her mother was known as Anna George. On the other hand, Agnes had a great uncle called Cecil B. de Mille who worked as a Hollywood director.

Since inception, Agnes wanted to become a profound actress, but she later changed into dancing. It was quite difficult for her to transition between acting and dancing since her parents didn’t give her a chance to try on both. She was taken to a local school called Hollywood School and later the University of California.

After graduation, Agnes tried to look for fame where she went to several theatres without success. It was here that she opted to compose her music and dance style. Not to mention that she also self-learned how to design different cosplays.

It was in the mid of 1930s that Agnes opted to move to London where she joined The Ballet Club under Rambert’s company. The following year, she was allowed to choreograph a film called Cleopatra. After the closure of the company Mille went to her native home where she opted to choreograph a dance for Romeo and Juliet play. At that point, the play featured Leslie Howard and Norman Shearer. According to spectators and judges, the dance was outstanding from the beginning to the end.

In the mid of 1940, Agnes teamed up with another ballet theater where she came up with a dancing style called Black Ritual. The ballet comprised of black dancers. She followed it up with another dance titled Three Virgins and A Devil that cemented her to the work of fame both locally and internationally.

After a short pause, DE Mille came up with a ballet called Russe de Monte Carlo. It wasn’t a doubt that the ballet received acclaimed results. This paved the way for a more recognized leading role where De Mille was featured in a dance called Metropolitan Opera House. What followed next was prolonged applause.

Agnes’s tremendous talent made her release another form of dance called Allegro and Brigadoon. Agnes de Mille became the first ballet dancer to outer-twin them to dancing style without altering a single mistake. She also managed to dance The Rape of Lucretia opera. In 1953 De Mille choreographed a film called Oklahoma that sold over a million copies.

For her enormous and outstanding performance, Agnes got a seat at National Advisory Committee of Arts under President Kennedy’s command. She was also appointed as a Member of National Council of the said organization by President Johnson.

In 1974 Agnes de Mille Heritage Dance Theater was launched in Winston-Salem. She also got a seat on the Board of Directors of the Society of Stage Directors and Choreographers.

In 1987 Agnes de Mille garnered a Tony Award and Emmy Award. It was on 14th, June 1943 that Agnes married Walter Foy Prude with whom she had a son called Jonathan de Mille. In 1993, at 88 years of age Agnes breathed her last due to a stroke in her apartment. Till death came to close her eyes, De Mille was still regarded as a fervent woman of dance and arts. It was a soul that lived in perfect purity of peace, thought, word and deed. She was a definite avatar of simplicity, detachment and selflessness. Such was this woman who had once lived in our midst.