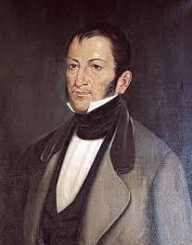 Nicolás Bravo was a soldier and the 11th president of Mexico born in 1786 and died in 1854. Also, on several occasions, he served as acting president. The statesman was among the republican Mexico founders and in his lifetime held many other governmental positions. He is best remembered for the roles he played during the U.S. invasion in Mexico between 1846 and 1848. After independence, constituent congress named him as the state’s advisor.

Nicolás Bravo was born on September 10, 1786, in Chilpancingo, Mexico. He was the son of Leonardo Bravo and his wife Rita Gertrudiz Rueda De Bravo


A career as a Soldier

In 1810 till 1820, Bravo fought in the War of Independence. Hermenegildo Galeana fought alongside Bravo and later, José María Morelos. Thereafter, he again participated in defending the Congress of Chilpancingo. He was taken prisoner in 1817 by the royalists. Luckily, in 1820 he became a free man.

Bravo fought in the Castillo de Chapultepec (Battle of Chapultepec) battle during the Mexican war against the U.S. Army. It led to his imprisonment in September 1847.

Nicolás Bravo became the state advisor after Mexico attained its independence. Thereafter, he disputed the crowning of Agustín de Iturbide as emperor. He formed an army that later came to overthrow Iturbide. He then took it upon himself to govern the country along with Pedro Celestino Negrete and Guadalupe Victoria.

Bravo lost the presidential position in the 1824 elections. However, he became the vice president to Guadalupe Victoria who won in the elections and served until 1827. His late rebellions led to his exile in 1828 to Ecuador. However, he would return to Mexico in 1829 when changes were made in the national government.

Nicolás Bravo acted as president on many occasions. However, from 1839 till 1846, he was the 11th president of Mexico.

Nicolás Bravo was married to Antonia Bravo and had two children including Soledad Sheridan.

Nicolás Bravo took his last breath at the age of 67-68 on April 22, 1854, along with his wife. This occurred in his hacienda located at Chichihualco, Guerrero. It is alleged that they were poisoned.