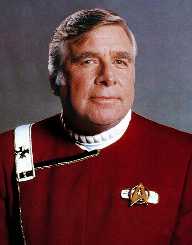 Gene Roddenberry was an American scriptwriter, director, and producer. He is famously known for pioneering the production of the television series Star Trek.

Eugene Wesley Roddenberry was born in El Paso, Texas in the USA on August 19, 1921. He was the firstborn in the family of Eugene Edward and Caroline Roddenberry. In 1923 he moved with his parents to Los Angeles. His father served as a police officer in the Los Angeles Police Department. As a child, Roddenberry was fascinated by adventure stories. He studied Police Science at the Los Angeles City College.

He earned his civilian pilot license from the Civilian Pilot Training Program. This program was sponsored by the US Air Army Corps or USAAC. He joined the US Army in December 1941. He graduated as a Second Lieutenant of the US Army in August 1942. He served as a pilot in the Pacific during WW2. He was later deployed back to the US as a plane crash investigator. Roddenberry left the army a distinguished officer in 1945.

After leaving the military service, Roddenberry became a civilian pilot with Pan American World Airways or Pan Am. He was involved in a crash in the Syrian Desert on the New York to Calcutta flight on June 18, 1947. Several passengers died from the accident. Roddenberry survived with some fractured ribs. Having survived two previous air crash accidents, Roddenberry resigned from the airline on May 15, 1948.

He joined the LAPD in January 1949. Roddenberry was a traffic officer for one and a half years. He was then deployed to the Public Information Department. He became a speechwriter eventually graduated to writing the LAPD chief speeches. He started collaborating with television stations in the production of programs. He left the LAPD on June 7, 1956. Roddenberry decided to concentrate on his writing career.

During his time at the LAPD, he wrote television series like the LAPD based series Dragnet, Mr. District Attorney, Naked City, and Four Star Theater.

He started his career as a freelancer. He wrote several scripts for the television including shows like Highway Patrol and Whiplash.

In 1964 he wrote his groundbreaking television script. He named the production Star Trek. After a long wait, Roddenberry had his show on the television screen. In Star Trek, he blended the characters of humans with futuristic aliens. He based the science fiction television series on the futuristic adventures he liked as a child. After two years of production, Star Trek aired on the American televisions. The show aired until 1969.

In 1971 Roddenberry wrote and directed the film Pretty Maids All in a Row. He centered this production on sexual exploitation and mysterious murders. In the ensuing years, he produced numerous television series. The most notable are Genesis II, Spectre, and Planet Earth.

In 1979 he revisited the Star Trek series. He wrote Star Trek: The Motion Picture. Unlike the previous episodes, this was a fully-fledged film. It received major applause from the critics, and Roddenberry became an overnight celebrity. He followed up with a book based on the Star Trek adventures. He sold thousands of copies. He continued in the production of the Star Trek series in a peripheral position of an associate film director.

In 1987 he directed another series titled Star Trek: The Next Generation. Like his book. The 1987 production was well received by the industry. In 2013, a posthumous production Star Trek: Into Darkness was released, and another one Star Trek: Beyond produced in 2016.

Roddenberry was nominated twice to the Emmy Awards, received two Hugo Awards for his role in Star Trek production. He got the Brotherhood Award from the National Association for the Advancement of Colored People, for his positive depicting of black characters in Star Trek.

He was also posthumously awarded honors by several institutions including one by NASA, the American space agency.

Roddenberry married twice in his lifetime. On June 20, 1942, he married Eileen Rexroat. They had two daughters before their divorce on December 27, 1969. His two daughters died in a road accident on October 29, 1995.

He then married Majel Barrett on December 29, 1969. He fathered a son with her. The union ended upon his death.

Gene Roddenberry died on October 24, 1991, in Los Angeles, California. He was cremated according to his last wish.

Apart from several honors, he was the first ever television production writer to be honored at the Hollywood Walk of Fame. A crater on the planet Mars, the Roddenberry Crater, was dedicated to him. An asteroid, the 4659 Roddenberry was named after him.