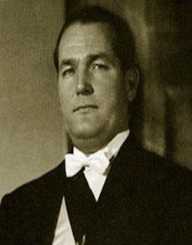 Juan Jose Arevalo was a professor of philosophy turned politician. Arevalo was the reformist and the first democratically elected President of Guatemala. He often likened himself to US President Franklin Roosevelt.

He graduated from the University of Guatemala with his first and second degrees. He earned his doctorate in philosophy from the National University of La Plata in Argentina in 1934. Arevalo was employed in the Guatemalan ministry of education for a while. It was during this time that he joined the opposition to the regime of President Jorge Ubico.

Juan Jose Arevalo quit his job and went to Europe. Arevalo then went into a self-imposed exile in Argentina. He took up lecturing in several local universities including the University of Tucuman. Besides political activism, Arevalo also became known for the numerous books he wrote.

The military government of Jorge Ubico was deposed in 1944. Following the revolution, Arevalo returned to Guatemala. In December of the same year, Juan Jose Arevalo ran for president on a revolutionary party’s ticket. He easily won the elections. Arevalo garnered over 85% of the votes cast.

As president, he brought in landmark reforms to Guatemala. His mantra was “spiritual socialism.”

On the political front, he organized the enacting of a new socio liberal constitution. His most significant reforms were on the economic front. The new constitution gave the citizens better working conditions and minimum wages security.

On the socio-infrastructure front, he introduced liberties such as freedom of speech. His government redistributed confiscated land back to the rural peasants. He built new hospitals and roads.

As a scholar himself, he oversaw the building of numerous new learning institutions. The US administration did not welcome his system of government. Thus it branded him a communist and isolated his country.

Juan Jose Arevalo was a firm believer in property rights. Arevalo made sweeping changes in ownership rights. These changes gave many Guatemalans the constitutional rights over their estates. This brand of socialism made him some dangerous enemies. The Roman Catholic hierarchy and the military never liked the reforms.

In the final years of his term as president, Arevalo had not succeeded in improving the livelihood of the rural poor. His economic emancipation was doing well only in the urban middle class.

The sweeping changes of Juan Jose Arevalo's administration made him break ranks with close allies. The mounting pressure made him not to run for election. During his term in office, Arevalo survived 25 military coups. He was succeeded by Jacobo Arbenz Guzman in 1951. Guzman was toppled three years into his presidency.

Following the ouster of Guzman, Arevalo went into exile in Mexico. He went back to Guatemala in 1963. He intended to run for the presidency again. The elections were postponed after the military staged another coup. This time he fled to Nicaragua.

Subsequent Guatemalan regimes appointed him ambassador in several countries. He was ambassador to Chile, France, and Israel.

Apart from politics, Juan Jose Arevalo wrote several books. One of the books is Anti-Communism in Latin America. This was published in 1959. Another of his famous books is The Shark, and the Sardines published in1961. Both books were published in Spanish and later translated into English.

Juan Jose Arevalo married twice. First, he was married to Eliza Martinez when he was president, then to Margarita de Leon. He stayed with Margarita until his death. With Margarita, Arevalo had five children. He also had a child out of wedlock with Alaide Foppa.

Juan Jose Arevalo died on October 8, 1990, in Guatemala City. He was 86 years. Despite being a one-term president, Arevalo instituted reforms that few Latin American countries enjoyed then. He also resisted immense interference from the US to drop his economic emancipation of Guatemala. Unlike most presidents of his time, he voluntarily left office to his successor.

Juan Jose Arevalo's impact in Guatemalan politics was evident even after he left office. He was appointed Guatemalan ambassador to several countries while in exile.