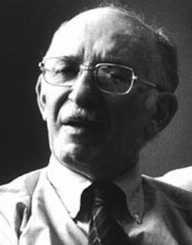 Bernard Malamud was born on 26th April 1914, to Max and Bertha Malamud. Born in Brooklyn, New York, in the United States, Malamud also had a younger brother, Eugene.

Malamud studied at Erasmus Hall High School, and he graduated in 1932.

For the next 12 months, Malamud worked as a trainee teacher. He then enrolled at the City College of New York and graduated in 1936 with a Bachelor of Arts degree. Malamud then attended Columbia University, and he graduated in 1942 with a master's degree.

Bernard Malamud lived with his father, who was a widower. The military excused him from being drafted due to Malamud being the sole breadwinner for him and his father. His first job was with the Bureau of the Census, based in Washington D.C.

Malamud then moved into teaching English, mostly night classes for adults. In 1949, he joined Oregon State University as a teacher. Malamud was classified as an instructor because he didn't have his Ph.D. During this time, he set aside three days each week so that he could concentrate on his writing.

Malamud soon became recognized as a major author in the U.S. His first published novel was The Natural (1952), which later became a movie. His second novel was The Assistant (1957).

Malamud followed his first two novels with a collection of short stories called The Magic Barrel in 1958.

In 1961, Malamud joined the staff at Bennington College. He taught creative writing, and he remained in the position until his retirement.

The American Academy of Arts and Sciences awarded Malamud membership in 1967.

Although not prolific with his writing, Malamud wrote steadily. He released eight novels, several collections of short stories, and many short stories.

Among his awards and honors, Malamud has the following:

In 1945, Bernard Malamud married Ann De Chiara. De Chiara typed Malamud's manuscripts and proofread his writing. They married despite the disapproval of both sets of parents, and they had two children, a son, and a daughter.

Bernard Malamud bequeathed $10,000 to the PEN American Center. Since 1988, the PEN/Malamud Award is presented annually in Malamud's honor. The Center presents the award for excellence in short story writing.