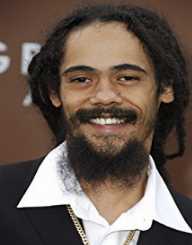 Since its inception reggae music has made its stance globally. To date, it is known as one of Jamaica’s psychic outlet. It typically expresses the feelings and thoughts about one’s life. Reggae song comes with an epic tone that seems to rhyme with other genres. It is still a heartfelt entertainment in Jamaica. I guess the son of the late Bob Marley knows what I am trying to imply. Damian Marley rose to fame as a reggae artist. His song depicts the pressures that most decent people go through. Read further to understand more about his active life.

Jr. Gong is best described as an influential and intelligent man. His song describes, reveals and persuades his fans, all thanks to its powerful messages. He tries his best to establish a firm foundation that was left by his late father, Bob Marley. To date, it’s clear that he opted to follow his dad’s footsteps. He likes to deal with established tasks since time means tons to him. Above all, he seeks calmness and resolution through his writings and recorded songs. In short, Damian Marley is a native of responsibility, self-control, and knowledge. This is what reggae is all about. He possesses a never give up soul that speaks nothing else than freedom and mutual understanding.

On 21 July 1978, a legendary reggae singer Bob Marley and a former model Cindy Breakspear were blessed with a son. He was named as Damian Robert Nesta Marley who became the youngest son of Bob. His father was given a pseudonym name called Tough Gong. Unfortunately, he died when Damian was two years old. For this reason, they gave his son a fictitious name Jr Gong. Being the only child born to Marley and Cindy, he spent his childhood days with his ten half-siblings. Cindy took care of his son together with her partner, Tom Vincent, a lawyer. However, Damian took more time at her step-mother, Rita Marley’s home.

Damian’s musical career began at an early age. He created a band named the Shepherds together with Shiah Coore and Yashema McGregor. The Shepherd band launched their first album at a Jamaica Festival. The members of the group opted to follow their path after parting ways. It was here that Damian Marley released his first song titled Deejay Degree that he came to release in 1993 under his father’s label Tough Gong. The following year he released another song titled Sexy Girls on my Mind. Afterward, Bob recorded the track that he named as School Controversy for his new album titled Positively Reggae.

In 1996 Damian Marley launched another album titled Mr. Marley. He followed it up with another major album titled Halfway Tree in 2001. The song received positive acclaims where it garnered a Grammy award for being the best reggae song.

In the mid of 2006, Damian released one of his hit song titled Welcome to Jamrock. He received a Grammy award the same year for displaying the Best Burn Album. After four years, he released his fourth album titled Distant Relatives in partnership with an American rapper called Nas. Marley has two children namely Elijah Marley and Christian Marley.