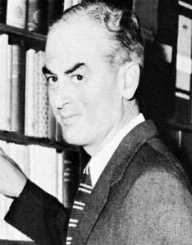 American neurologist and biochemist Stanley Prusiner was born on the 28 May 1942 in Des Moines, Iowa to Lawrence Prusiner and Miriam Spiegel.

Stanley Prusiner received the Albert Lasker Award for Basic Medical Research in 1994. Then in 1997 Prusiner won the Nobel Prize in Medicine for his research into the cause of Bovine Spongiform Encephalopathy and Creutzfeldt-Jakob (commonly known as Mad Cow Disease).

He was the first scientist to come up with the term prion, to refer to a previously undescribed infection related to protein misfolding.

Books Prusiner has written are Madness and Memory: The Discovery of Prions - A New Biological Principle of Disease (2014) Prion Diseases and Prion Biology (1999) and Prions Prions Prions (Current Topics in Microbiology and Immunology) 2011.

Stanley Prusiner serves as the director of the Institute for Neurodegenerative Diseases at the University of California.