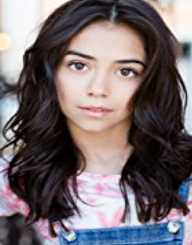 British singer Connie Talbot was born on 20 November 2000, in Walsall, West Midlands, England. She was the daughter of a self-employed property maintenance engineer Gavin and his wife, Sharon. Connie had a brother named Josh and a sister named Mollie. Connie was regarded as a born musician by her family and friends. It is believed that she started singing even before she could talk. Connie shared a special bond with her grandmother Violet, and it was with her that she sang for the first time.

At the tender age of 6, the naturally-gifted singer participated in a new talent hunt show named ‘Britain’s Got Talent.’ Connie had no formal training in singing, and hence, at first, the judges did not take her seriously. But with her first performance on the show, little Connie swept the judges off their feet with her magical voice and mellifluous singing. Her debut performance was so good that it received international coverage. One of the judges on the show, Simon Cowell showered praises on Connie and called her ‘pure magic.’

This appreciation gave a significant boost to her confidence, and she was regarded as one of the strongest contenders on the show. Connie Talbot fought in the grand finale of the show against another British singer named Paul Potts. Though she lost to Paul, she had already managed to capture a million hearts with her soulful voice and musical performances. The popularity she had garnered from this show helped her embark on her music career right from a very young age.

After the end of the show in 2007, Connie Talbot inked a six-figure deal with Rainbow Recording Company and her first album ‘Over the Rainbow’ was released. Her debut album was highly successful and was certified gold. She followed the success with yet another hit Christmas-themed album titled ‘Connie Talbot's Christmas Album’ which released in 2008. In 2009, her third album titled ‘Connie Talbot's Holiday Magic’ was released. With two consecutive Christmas-themed albums, Connie Talbot’s voice became synonymous with merriment and joie de vivre.

Connie Talbot's stardom reached new heights with every song she sang. She toured extensively and made appearances in many prestigious national and international events. She was also seen in brand endorsements for different products catering to children. One such prestigious occasion was the inauguration of the G20 Summit in Seoul, South Korea. Connie bagged the golden opportunity to perform at the opening act of the ‘Road to Hope’ concert. In 2011, she performed at the New Year’s Eve in China in front of her largest ever audience. Over 600 million viewers viewed the performance on television and YouTube.

On 28 November 2011, Connie Talbot released her single titled ‘Beautiful World’ on iTunes. The lyrics of the song were penned by Connie when she was seven years old. When the demo of the track was published on YouTube, it became the 39th most watched video in the world on its very first day. In 2012, the young girl turned into a pop star with her single ‘Sail Away.’ The song peaked at no. 1 position of CD Baby’s Pop Single Chart. In the same year, she came out with her fourth album ‘Beautiful World’ which had 13 tracks including a re-recorded version of her self-penned single ‘Beautiful World.’ The album was a roaring success, especially in China and Taiwan.

Handling her success like a pro, Connie Talbot kept working hard, and in 2014, she released her EP titled ‘Gravity.’ However, it was in the year 2016 that she officially ventured into the arena of pop music. After having spent almost a decade in the music industry and having worked with some of the best musicians and Grammy award-winning producers, Connie Talbot released her fifth album ‘Matters to Me’ on March 25, 2016. She made a remarkable transformation from a young gifted musician to a teen pop sensation. The 17-year-old is already an established singer and musician and keeps performing in sold-out concerts as well.

Connie Talbot has three Guinness Book of World Records to her credit:

She gained one record in the year 2012 when she performed at the O2 Arena for four nights with Young Voices, a choir group of 7000 school children. Connie made it to the records as the lead vocalist to be accompanied by the largest backing choir in a public venue.

She is also the youngest English artist ever to reach the charts.

Connie Talbot has one more record in her name as the youngest ever to receive a gold record.

Connie Talbot is not only a gifted singer; she is also an excellent pianist. The talents of this young star are carefully nurtured by her parents who support her entirely in all her endeavors. They have ensured that her music career does not interfere with her studies. Connie has been receiving education from a private institution in Birmingham. She is proficient in academics and sports as well and is also a member of the netball team from her school.