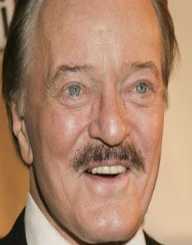 On November 26, 1933, Robert Gerald Goulet was born to parents Jeanette and Joseph Goulet. Joseph was a textile-mill guard. Robert was one of 2 children. He had a sister named Claire.

Robert Goulet was an American from French-Canadian ancestry. He was born in Lawrence Massachusetts. When his father died when he was 13 years old, his mother, sister and himself moved to Girouxville, Alberta Canada. Several years later they moved to Edmonton.

Edmonton is where he attended the voice schools founded by Herbert G. Turner and Jean Letourneau. When he graduated from Victoria Composite High School, he received a scholarship to go to the Royal Conservatory of music in Toronto. Here he studied voice with oratorio baritones George Lambert and Ernesto Vinci. He competed in a CBC Television show called “Pick the stars” in 1952. He made it all the way to the semifinals.

Robert Goulet married his first wife, Louise Longmore. They had a daughter named Nicolette. She had two children making Robert a grandfather. The children’s names were Solang-Louise and Jorden Gerard. After Robert and Louise divorced, he then married an actress, Carol Laurence. They had two sons named Christopher and Michael. Eventually, they too divorced.

He then married his third wife in 1982. She was artist/writer Vera Novak. She was also his business partner and manager. Vera was born in Bitola Macedonia and became a US Citizen on August 8, 2003. Robert received a star on Canada's walk of fame in 2006.

Appearing in eight productions at the summer stock theatre Robert Goulet had his first US bookings. Librettist Alan Jay Lerner and Composer Frederick Loewe cast Robert in Camelot as Lancelot. The play ran in Toronto, Boston and then on Broadway. He later appeared on the Danny Thomas show and the Ed Sullivan show after his run on Camelot.

He began a recording career in 1962 with Columbia records. This resulted in over 60 best selling albums. In 1964 he had his first non-singing role in “Honeymoon Hotel.”

Singing the National Anthem at the opening of the second Muhammad Ali-Sonny Liston heavyweight Championship fight Robert Goulet mangled the lyrics on May 25, 1965. The singing of the anthem lasted longer than the match. The same year his “My love, forgive me” reached number 16 on the billboard hot 100.

Robert Goulet starred in a television series called “Blue Light” in 1966. The series only lasted 17 episodes. He played in a made for television adaptation of the musical “Carousel” in 1967. He also did a television version of “Brigadoon” in 1966 and “Kiss Me Kate” in 1968. He then went back to Broadway in 1968 in the musical “The Happy Time” winning a Tony award for best actor in a musical.

He was cast in Tim Burton’s movie “Beetle Juice” and Bill Murrays “Scrooged” in 1988. In 1990 he performed the Canadian National Anthem at “Wrestle Mania VI.” This event took place at the Skydome in Toronto. Robert even made several appearances of the tv sitcom “Mr. Belvedere.”

Robert Goulet made an uncredited appearance in Weird Al’s video “You don’t love me anymore” in 1992. In 1996 he appeared in Ellen DeGeneres’ first starring movie “Mr. Wrong." He provided the singing voice of Wheezy the penguin in “toy story 2” He made his last public appearance on the PBS televised special “my music: 50’s pop parade” on August 1, 2007.

Robert Goulet was hospitalized on September 30, 2007, and was diagnosed with idiopathic pulmonary fibrosis. The disease is a rare but fatal condition. On October 13, 2007, he was sent to Cedars-Sinai medical center where they said he would die if he didn’t get a lung transplant. But while waiting for one, he died on October 30th.

Los Vegas honored him on November 9, 2017, by closing the Las Vegas strip for his funeral procession several places even posted his name on their marquees as a final tribute.