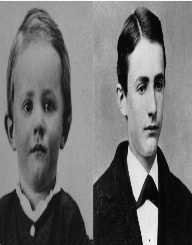 George Eastman was born on July 12, 1854. He was a businessperson and inventor. He enabled the use of roll film to spread when he founded Eastman Kodak Company; his philanthropic work led to the establishment of schools like the Eastman School of Music and building constructions at MIT and donations in black universities. In 1932, Eastman committed suicide.

George Eastman was born on July 12, 1854, in Waterville, New York. His father and mother were George Washington Eastman and Maria Eastman respectively. He was the youngest child having two elder sisters. His father instituted the Eastman Commercial College in the 1840s in New York. He had also bought a farm in 1849 which after he showed health complications, they moved to Rochester in 1860.

In 1862, Washington died due to a brain disorder. At the age of fourteen, George Eastman dropped out of school. He worked for insurance companies as an errand boy and later studied accounting to be promoted. The Rochester Savings Bank gave him work as a bookkeeper. When George reached sixteen years, one of his sisters, Katie, died of polio in 1870.

Most of George Eastman’s literacy started as self-education. When he was eight years old, he went to school in Rochester.

In 1880, George Eastman launched his company and resigned from his previous job. His invention career leaped when he was able to perfect the Kodak Black camera, which he patented in 1885. This has been the first ever camera. His personnel department was headed by Florence McAnaney, whom he promoted making a historical statement as the first female to have an executive position in an American company.

In 1888, George Eastman launched Kodak as the preferred name of the company, which later changed to Eastman Kodak in 1892. The camera cost $25 and had 100 rolls that used to be sent back to the company by the owners for a $10 fee to be washed. In 1889, Henry Reichenbach, a chemist, was hired to come up with a simpler film that would comfortably fit inside the camera.

In 1900, George Eastman’s company launched The Brownie camera that cost just $1 and service men and hobbyists loved it. Eastman also designed a special camera for the military planes during World War I and glass lenses used in gas masks. In 1928, the color film was invented, and he revolutionized the industry. His company was a monopoly.

George Eastman’s philanthropy works were not for publicity. In 1911, he created the Eastman Trust and Saving Bank. He also contributed to Rochester Institute of Technology (RIT) in 1916; Eastman donated to the Eastman Dental Dispensary. Before his death, he used to give the American Eugenics Society a yearly sum of $22,050 as from 1926.

In London, the dental clinic that George Eastman formed was given £200,000. In 1931, the Eastman Dental Clinic and were incorporated in the Royal Free Hospital. He also offered a share profit to his employees to discourage unions. Significant donations were made to the historically black universities of Tuskegee and Hampton.

George Eastman never married but was close to his family, especially his mother and sister. He had developed a platonic relationship with George Dickman and his business associate’s wife, Josephine Dickman. In 1922, he opened Eastman Theater in Rochester in memory of his mother.

George Eastman committed suicide by a gunshot straight to his heart leaving a note stating ‘To my friends, my work is done – Why wait? GE. After his death, his estate was bequeathed to the University of Rochester. He was issued a commemorative stamp in 1954 by the U.S. Post Office in his 100th anniversary birthday. The George Eastman House is now on the list of National Historic Landmarks.