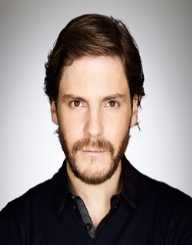 German Spanish actor Daniel Brühl is best remembered for starring as Niki Lauda, the formula one driver in the film Rush among many other films. The film earned him the Golden Globe Award in 2013.

The actor, Daniel César Martín Brühl González was born on 16th June 1978 in Barcelona, Spain. His father, Hanno Brühl worked as a TV director and his mother Marisa González Domingo, a teacher

He is the last born in a family of three. Shortly after Brühl's birth, the family moved to Germany settling in Cologne. Despite being a fluent English speaker, he could also speak Spanish, Portuguese and German.

Having been brought up in an entertainment family setup, Daniel Brühl began his career in theatre. He made his movie debut in 1995 as a street kid in a soap opera. His steady rise in television and film industry saw him land a role in German comedy Good Bye Lenin! The part in the film was his breakthrough.

After a good showing in the comedy film, Brühl won himself leading roles in various other movies including The Edukators in 2004 and Salvador in 2006 where he played a political rebel.

Daniel Brühl made his English speaking movie debut in 2004 in the movie Ladies in Lavender. During that year Brühl scooped the People's Choice Award as the best actor for the film.

In addition to his first award, he was nominated for Best Actor award following his role in the movie The Edukators. The film brought out his multilingual ability.

The US audience got the taste of Brühl for the first time in 2009. He played a role as a German hero in film Inglourious Bastards.

After playing the role of a film actor for several years, Daniel Brühl decided to go a notch higher in the film industry.

On 2013, he starred in The Fifth Estate. The movie became one of his biggest hits. In the film, he played Julian Assange, the WikiLeaks founder.

During that year, he starred in Rush. In the biographical film, he portrayed Niki Lauda the formula, one driver. The film was a success both financially and on a personal level.

His latest hits are Colonia in 2015 and Captain America in 2016 where he played as Helmut Zemo.  He later played the Nazi zoologist Lutz Heck in 2017.

Despite flourishing in the show business, Daniel Brühl tried his luck in a business venture. Brühl jointly established Tapas bar in Berlin in 2011.

He started a twin project in 2017 in Prenzlauer Berg. He named it Bar Graci. The bar was, however, closed because of its economic viability.

Despite dating for quite a long period, Daniel Brühl ended his relationship with Jessica Schwarz, an actress. The two met when they both featured in the film No Regrets.

Since 2010, the actor has been seeing Felicitas Rombold, a former model. The couple later married and has one son together.