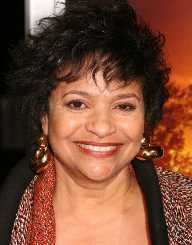 Debbie Allen was born on January 16, 1950, in Houston, Texas, USA. Her parents are Vivian Ayers and Arthur Allen. Sadly, Debbie’s parents divorced when she was young. She then lived only with her mother and siblings.

Debbie Allen loved music and dance ever since she was a child. This was a love that her mother encouraged. When she was a young teenager, she joined the Houston Ballet School. attended Howard University. Debbie Allen graduated from the university in 1972.

After graduating from Howard University, she moved to the big city of New York and began working on Broadway. Her debut performance came in the late 1970’s when she sang in the choir in the play, Purlie. It was a small part, but it would lead to opportunities for her career in acting to grow. Debbie Allen had small roles in plays for some time, but in 1980 she starred in a version of the West Side Story. Her role in this musical would bring attention to not only her acting skills but also her dancing moves. It was because of this play that she was able to break out into film and television.

Debbie Allen’s first role off the stage was as a bit character in the TV show, Good Times, in 1976. Debbie Allen appeared in only two episodes of the show. For the rest of the 1960’s, she would continue to have small parts on TV shows and in made for TV movies. It wasn’t until 1980 that she got her big break in the movie business. It was in that year that she played the character Lydia, a dance instructor, in the movie Fame. This character fit her well, as both on and off screen she worked in choreography. She arranged many dance sequences for various films and TV shows during her career.

After working on Fame, she went back to doing made for TV movies and having guest roles on various TV shows. It wasn’t until 1982 that the Fame movie became popular enough to merit a spin-off TV series of the same name. On the show, she played Lydia again. She acted on the show until 1987.

After Fame, the TV show, Debbie Allen mainly focused on choreography but continued to act in films and TV shows. She held steady roles on both the TV show In the House and on Grey’s Anatomy. Some of her other famous works are listed below.

For her work on TV and in films, Debbie Allen has won almost a dozen awards. Some of her most prestigious awards are listed below.

Debbie Allen earned her star on the Walk of Fame in 1991.

In 2001, she was appointed as a member of the President’s Committee for the Arts and Humanities by George W. Bush. She was given an honorary Doctorate from the North Carolina School of the Arts.

Throughout her life, Debbie Allen has faced more than her fair share of hardship. She wants to do whatever she can to prevent other people from dealing with more hardship than they need to. In 2001, she opened her dance studio, the Debbie Allen Dance Academy. There, children from preschool to high school seniors can join the dance group, even if they do not come from wealthy families. They don’t need to rely on cash to get into the program (like in some other dance schools). Instead, all they need is talent.

Debbie Allen first married Winfred Wilford. The marriage was unsuccessful, and the couple later divorced. She later married Norm Nixon in 1984. The couple had two children together. The couple remains married to this day.