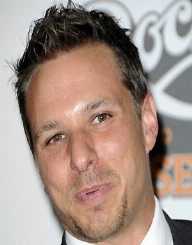 Andrew John “Drew” Lachey is an American actor and singer. Born on August 8, 1976, he was the winner of Dancing with the Stars, season 2. He was a member of the pop group 98 Degrees with other members including his brother Nick Lachey, Jeff Timmons and Justin Jeffre. It was after the split of the band that he competed in Dancing With the Stars in 2006.

Drew Lachey was born in Cincinnati, Ohio. He received education at Clovernook Elementary School in North College Hill, Ohio. He continued his education at the School for Creative and Performing Arts in Cincinnati, Ohio Public School District. At the age of 19, Lachey served as a combat medic in the United States Army. He was also an emergency medical technician and a camp counselor.


A Career With 98 Degrees

After graduating from college, Drew Lachey worked as an ambulance. It was during this period that his older brother Nick Lachey invited him to join his band in Los Angeles. An offer he gladly accepted. Other members of the band were Justin Jeffre and Jeff Timmons. The 98 Degrees was signed to Motown resulting in their eponymous debut album, 1997, which produced the hit single “Invisible Man.” The following year, they released the ballad “Because of You” which reached the status of platinum. The band’s popularity grew with members becoming idols for their romantic pop songs.

In 1999, they released the hits "The Hardest Thing" and "I Do (Cherish You)," followed by another hit "Thank God I Found You," in 2000. They recorded the later with Joe and Mariah Carey. 98 Degrees also released "Give Me Just One Night (Una Noche)" which made it to number two on the chat. The band went into hiatus after the release of the ballad "My Everything."

After the break of 98 Degrees, Drew Lachey ventured into acting on Broadway. He had previously made a guest appearance on Hollywood Squares in 2001. From January 3 to March 21, 2005, he performed as Mark Cohen on the Broadway musical Rent. From 2003 to 2005, Drew Lachey made several guest appearances on his brother, Nick’s MTV show, Newlyweds: Nick and Jessica. Lachey performed as Patsy in Spamalot by the company Monty Pythons. His next Broadway role was as Corny Collins in the touring production of the musical Hairspray.

Drew Lachey participated in the second season of Dancing with the Stars alongside professional dance partner Cheryl Burke. During the sixth week of the competition, Drew Lachey and his partner scored 30 with their tango. They put up an impressive performance during the eighth and final week, earning 30 points each for their Paso Doble and freestyle dance. This gained them the highest score for the week and went on to win the competition. They were crowned winners on February 26, 2006. He then embarked on a Dancing with the Stars Tour through the United States and Canada from December 2006 to February 2007. He returned to Dancing With the Stars for an all-star competition in 2012.

In 2006, Drew Lachey co-hosted the Miss USA pageant alongside Access Hollywood star Nancy O’Dell. He was a co-host for the first three weeks of the fifth season of Dancing with the Stars. In 2009, he hosted the HGTV's $250,000 Challenge. Drew Lachey continued to land several other roles and hosted America Sings on the GMC Channel in 2011.

Drew Lachey married on October 14, 2000. The two were lovers from high school. Lea was the choreographer and one of the dancers for 98 Degree. They have two children, daughter Isabella Claire Lachey and son Hudson Nicholas Lachey.